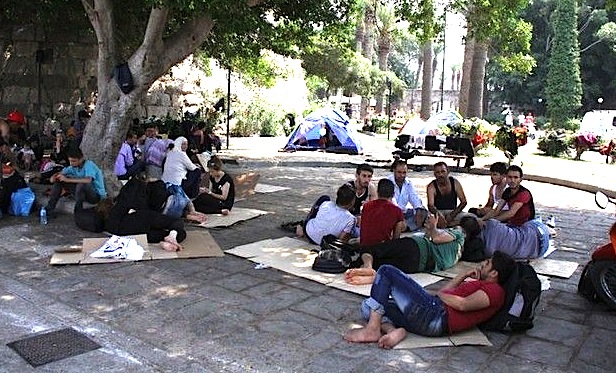 The influx of migrants from the Middle East to Greece continues, with about 100 to 500 landing on the Greek island of Kos every day – joining thousands already camped there.
Greece has been overwhelmed by the wave of refugees and economic migrants, mostly from Syria – with more than 125,000 of them reaching the eastern Aegean islands this year, a 750 percent increase compared to 2014.
Speaking to reporters in Brussels, European Commission spokeswoman Natasha Bertaud said that the situation in Greece, particularly in Kos is very serious and the EU is working with several refugee agencies, primarily with its border management agency, to assist:
“With record numbers of migrants arriving at the Greek borders at the moment the situation is beyond urgent and requires a collective European response,” she said. “We have also tripled the resources we devote to our maritime operations to help Greece patrol its borders and also to save lives.”
(source: VOA)