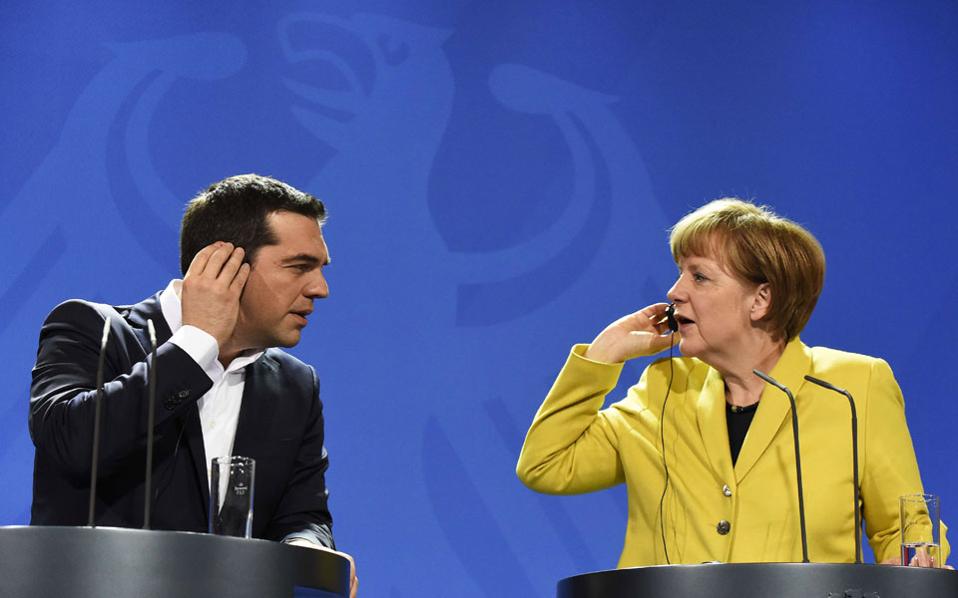 Germany poses a potential threat to Greece’s bailout agreement as the cash-strapped country rushes to complete it in order to get disbursement of funds before August 20.
German Chancellor Angela Merkel faces resistance from within her party to hold a lower-house vote on Greece early next week, according to a Bloomberg report citing two party officials who preferred to remain anonymous because the legislative process is still under discussion.
If Germany delays, then other national parliaments will delay as well and Greece’s timeline will be lost. Athens needs an urgent disbursement of funds as it has a 3.4-billion-euro bond payment due to the European Central Bank (ECB) on August 20. If Greece misses that deadline, then a bridge loan will be needed to meet its obligation to the ECB.
“One needs to look closely and then we will ask the Bundestag for approval when the common understanding is that this will hold for three years,” Jens Spahn, a deputy to German Finance Minister Wolfgang Schaeuble, said to ARD. “It has to be convincing that it is not just about August 20 and an installment payment, but really about how, together with the Greeks, we can have a lasting solution.”
Greece’s three-year bailout plan is worth around 85 billion euros. However, the austerity reforms required have caused strong reactions within Greece’s SYRIZA ruling party who have turned against Prime Minister Alexis Tsipras. Several SYRIZA lawmakers have already stated they will vote against the deal. A vote in the legislature is set for Thursday, while a tentative meeting of Eurozone Finance Ministers will follow on Friday. Greece needs a political agreement as well, said European Commission spokeswoman Annika Breidthardt.
According to Bloomberg, Merkel discussed Greece on Tuesday with French President Francois Hollande and European Commission President Jean-Claude Juncker, as well as with Tsipras. Greek television cited unnamed Greek officials as saying that the German Chancellor also spoke with Tsipras on Monday evening, telling him that she would prefer a bridge loan at the moment. Her office confirmed the call though refused to discuss its content.
Merkel is receiving pressure after 60 lawmakers from her caucus voted against starting bailout talks with Greece last month. Having survived that, party leaders want to avoid another situation in which members are again summoned back from their summer recess at short notice to prevent a Greek bankruptcy without adequate information to base their vote on, the two officials told Bloomberg.
Schaeuble is also an advocate of the bridge loan solution to Greece’s urgent need for cash before a comprehensive multi-billion-euro bailout program is signed.
Merkel’s Social Democratic Party (SPD) coalition partner, however, will support the Greek bailout, said Ingrid Arndt-Brauer, an SPD lawmaker who chairs the Bundestag finance committee.
“There is no doubt that we want to help the Greeks,” she said in an interview.

Nia Vardalos took to Instagram on April 7 to share updates on "My Big Fat Greek Wedding 3". Fans have been waiting to hear...
Europe