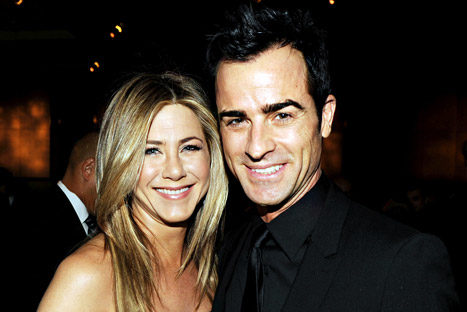 Jennifer Aniston has finally tied the knot with fiancee Justin Theroux in a quiet, secret wedding at their Bel Air home.

The wedding was kept hushed up in order to avoid paparazzi and outside attention, and many guests even had their cell phones confiscated to avoid any communication of the event to the outside world.

After months of constant rumors by gossip magazines that the couple may be broken up, it’s good to finally see that the rumors were false and the couple is as strong as ever.

Below is a photo of the set up for the wedding from People Magazine: 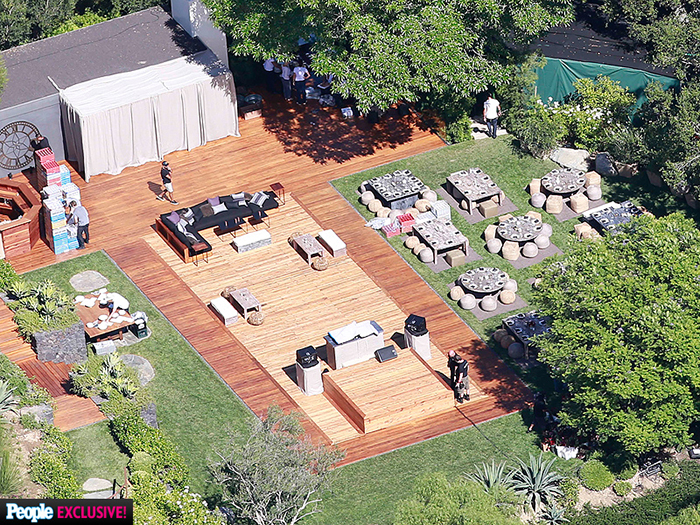 Jennifer Aniston tried to keep the event under wraps by claiming she was throwing a surprise 44th birthday bash for Justin, but sightings of a wedding cake and a priest confirmed that a wedding had taken place.

Howard Stern, Chelsea Handler, Lisa Kudrow and John Krasinksi were among the many famous guests in the Bel Air home.

The couple has been engaged for three years after several years of friendship. This is Jennifer Aniston’s second marriage after her famous first marriage to Brad Pitt.