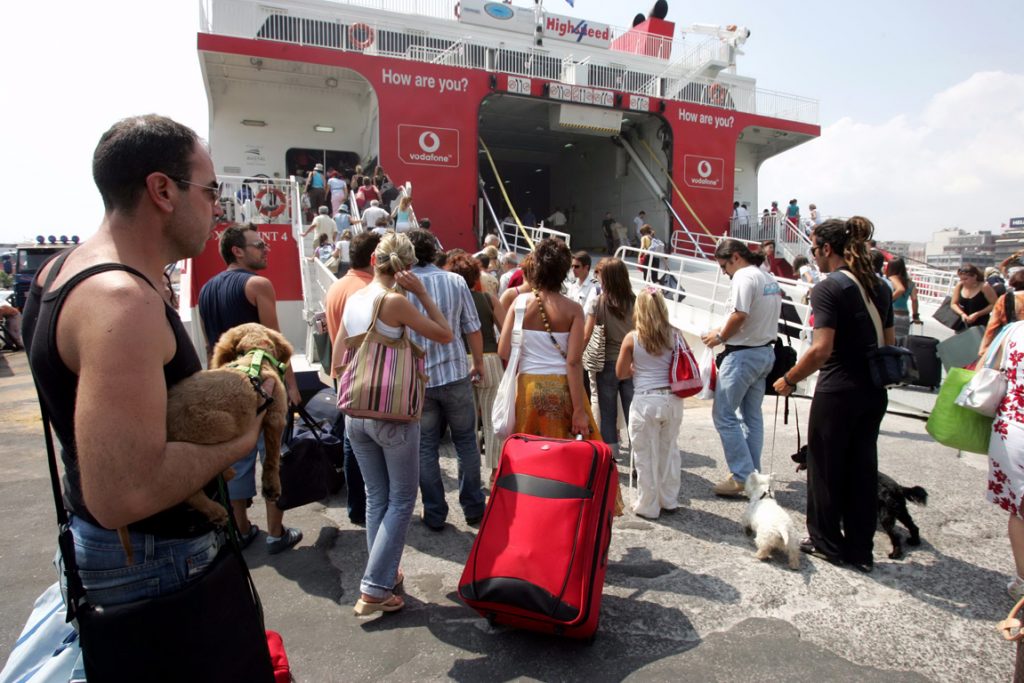 The economic and political uncertainty in Greece is forcing many Greek shipping companies to consider moving their ferries to other seas.
Recent political developments, capital controls, the referendum and the uncertainty over the signing of the new bailout agreement, all have dealt a hard blow on passenger shipping.
Shipping companies expect a hard winter as owners fear that the Greek economy will not stabilize within the next few months. The decrease in passenger traffic is significant already and VAT hikes in transportation will only make matters worse.
According to George Xiradakis, CEO of the XRTC shipping finance company, Greek shipping is heavily dependent on political and economic stability. Unforeseen political developments may force an exodus of shipping companies.
Passenger numbers have been decreasing since the crisis hit. For instance, Hellenic Seaways, the largest ferry company in Greece, handled 3,911,889 passenger in 2010, while in 2014 the number dropped to 2,933,532.
ANEK Lines moved 2,728,000 passengers in 2010 and only 1,420,000 in 2014.
Xiradakis said that in the international market for ferries, there are signs of recovery and there is potential for growth. The CEO added that many Greek shipowners are seeking new markets and new sea alliances.
For instance, the opening of the Cuban market and the connection to Miami after U.S.-Cuban diplomatic relations have been re-established can launch new charters.
Also, new markets are created in northern Europe (Sweden, Finland, Norway) and the western Mediterranean with more lines added connecting Spain and France to North Africa.
According to Xiradakis, in the present situation it would be more profitable for Greek shipowners to sell or charter the new ships abroad and bring second-hand ships to cover the shrinking Greek market.