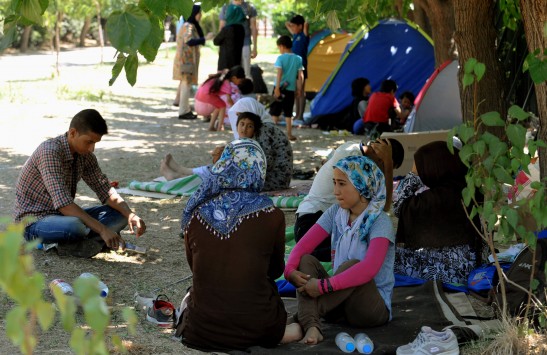 Athens municipality granted access to a housing facility in Elaionas, in western Athens, so that the government can temporarily relocate the refugees who are currently camping at Pedion to Areos.
In communication the State Minister Alekos Flabouraris, George Kaminis, the mayor of Athens stressed that the municipality wishes to support the refugees as it did in the past, and help change the inhumane conditions they are experiencing. The mayor has therefor decided to put an end to the unacceptable situation in Pedion tou Areos Park, making a housing facility in Eleona available to the refugees.
Asked on the issue, Flambouraris said refugees will be relocated by the end of the week, when the facility is expected to have been completed.
The facility is located far from residential areas. Furthermore, the municipality of Athens set the following conditions: The relocation is temporary, until the government can make the necessary repairs to the public buildings that already serve the purpose of housing migrants and refugees. The housing facilities will be open, there will be police observation, while all safety and health standards need to be respected.
Athens municipality is always trying to contribute creatively in order to solve the country’s major problems that also affect the Greek capital, acting on the interests of the city’s residents.