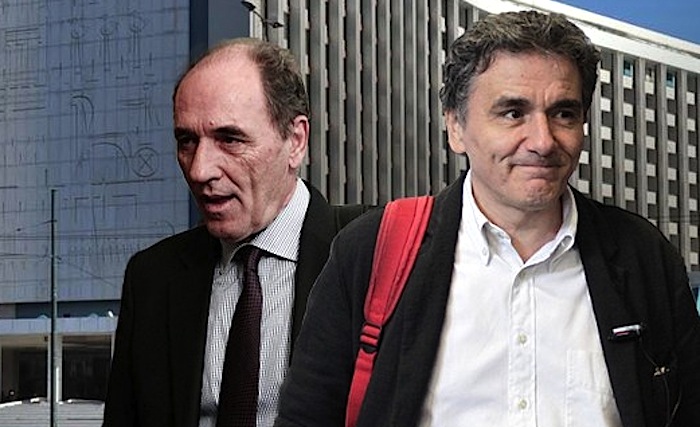 Greek Finance Minister Euclid Tsakalotos said on Tuesday that based on the progress of the negotiations with Greece ’s lenders, an agreement could be achieved by August 20.
Speaking after the completion of the first part of the negotiations with the representatives of the four institutions, in which Economy, Infrastructure, Shipping and Tourism Minister George Stathakis participated, Tsakalotos said neither side has expressed doubts over the timetable for the completion of the talks. He also said that they have not discussed the possibility of a “bridge loan”.
Talks between the two sides on Tuesday focused on the creation of a new Fund to manage public assets. Tsakalotos said there was “some divergence of opinion; we tabled our proposals, which they will consider and respond, but my impression was that these differences can be overcome. I do not foresee any obstacle.”
The minister specified the divergence concerning the legal status of the fund and the way the transition will be made from the current privatization agency, TAIPED, to the new body.
Negotiations between the two sides are continuing on the recapitalization of Greece’s lenders.