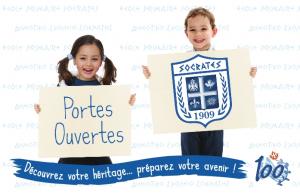 British author, historian and television broadcaster Bettany Hughes calls on European Union leaders to learn from Socrates when dealing with Greece and its economic woes.

“Europe’s leaders need to sit down with Socrates for a night; a life unexamined is not worth living. We have to remember that, as he says, the pursuit of wealth should never be at the expense of wisdom,” Hughes told The Telegraph.

Hughes, whom The Telegraph describes as a great hellenophile, has just finished filming a series of documentaries on three of the world’s greatest thinkers: Socrates, Buddha and Confucius. Her suggestion to modern politicians and economists is to remember what it is to be human and have “a philosopher sitting round the table on every committee and in every boardroom.”

The author of the New York Times best seller “The Hemlock Cup, Socrates, Athens and the Search for the Good Life,” says she is “desperately sad” about Greece’s recent economic plight. She strongly disagrees with the way European leaders try to impose austerity on Greece and how many European mass media portray Greeks as lazy people who live beyond their means. They may be impatient, she says, but they believe in democracy and fighting talk.

“I spend a lot of time in Greece and the people I see are family oriented and hard-working and struggling to get medicines at the pharmacy. The idea they’ve been siphoning off cash is simply wrong,” she told The Telegraph.

“Socrates would have something to say about how a bunch of civilized nations, ally states, have got themselves into such a mess and somewhere down the line it’s been about people acting selfishly and perhaps having too formulaic an approach,” she added.