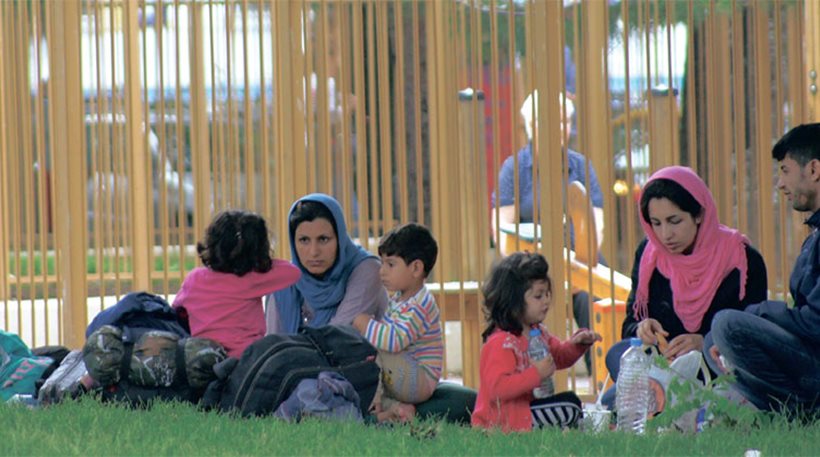 Syrian refugees have flooded numerous hotels in Thessaloniki, northern Greece, according to Greek newspaper “Ethnos.”
Refugees that can afford to stay at hotels, book one or two nights as a layover in their trip to central or northern Europe. The long-suffering Middle Eastern country quickly rose to 5th place in the ranking of customers arriving at Thessaloniki hotels in the first half of 2015, from the 30th place they occupied during the same period last year, noted the newspaper, based on data released by the city’s hoteliers association.
Between January and June 2015, Syrian refugees had 25,611 overnight stays in Thessaloniki, while during the first half of 2014, they only had 1,755 overnight stays, showing a growth rate of 1,359.32%. Meanwhile, 2.74% of the city hotels’ customers come from Syria, while last year the same percentage did not exceed 0.19%.
According to the newspaper, Greek customers cover more than half of the overnight stays, while Cypriots remain in first place, in regards to foreign customers, followed by Turkish and German customers.
The newspaper also noted that a remarkable drop in overnight stays was recorded in customers arriving from Libya. Customers arriving from Ukraine also decreased by 23-24%, while a similar decrease was also recorded in Russian visitors.