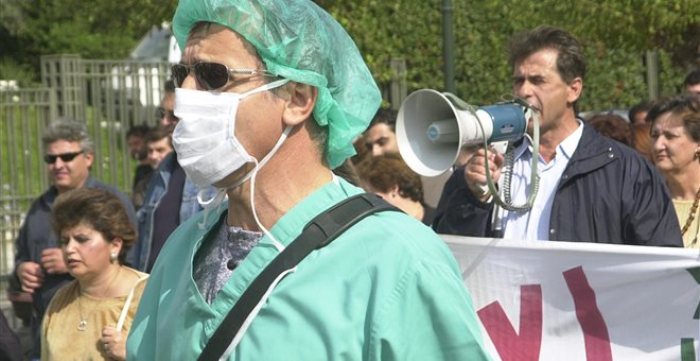 Greek Doctors’ Union (EOPYY) announced it will commit to a work stoppage until doctors get paid the money they are owed. The doctors will reconsider their strategy on August 7.
“Under complete dissolution, EOPPY is unable to fulfill its duties toward the insured as well as toward doctors, laboratories and diagnostic centers. Clinicians, clinical laboratory workers and laboratory doctors cannot finance primary health while not being paid over the course of years,” the official announcement read.
The union claims that despite financing primary heath with 1,5 billion euros over the past few years, they have been unpaid for months and under the uncertainty of the extension of their contracts.
The union noted that during the work stoppage, insured patients will receive a receipt of the doctor’s services and will be able to claim their money from EOPYY.