TechNews
GreekReporter.com Greek News Economy Greece Will Be in Debt Until 2073 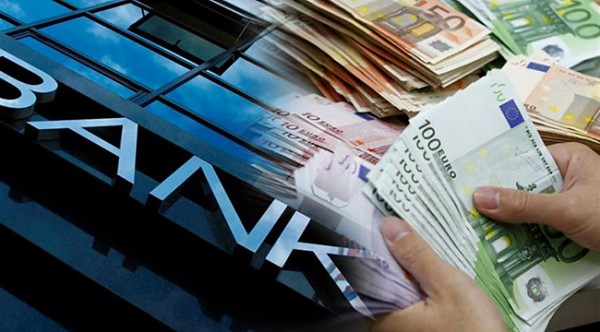 Greece’s obligations to creditors after the completion of the third bailout program will go all the way to 2073, a Business Insider report said.
The concern about the sustainability of the Greek debt makes some Eurozone countries demand more reforms on top of the austerity measures the Greek Parliament has already voted for as prior actions for the bailout deal.
The nature of some of the reforms will probably enhance Greek people’s hostility against the Troika, said the report. Also, the fact that Greece is again pressed to meet another deadline, makes it the weaker side in negotiations. Athens has a 3.2-billion-euro payment due to the European Central Bank (ECB) on August 20 and is unable to pay it unless it gets part of the bailout cash before that.
But even if Greece makes it through August and has secured a deal by then, it will have to face a huge debt that it is unlikely to be able to repay. Especially when the Eurozone — and Germany in particular — refuse to discuss a writedown at the present moment, citing a clause that there cannot be a nominal debt haircut within the Eurozone.
What can be done though, the report continued, is debt restructuring. Greece can be given a 20-year grace period and the repayment period can increase by more than 40 years. Meanwhile, the new loan will be used to meet obligations like repaying the ECB and the International Monetary Fund (IMF), as well as covering domestic needs such as pensions and public sector wages.
According to a Natixis graph, Greece’s obligations to its creditors will go until 2073: 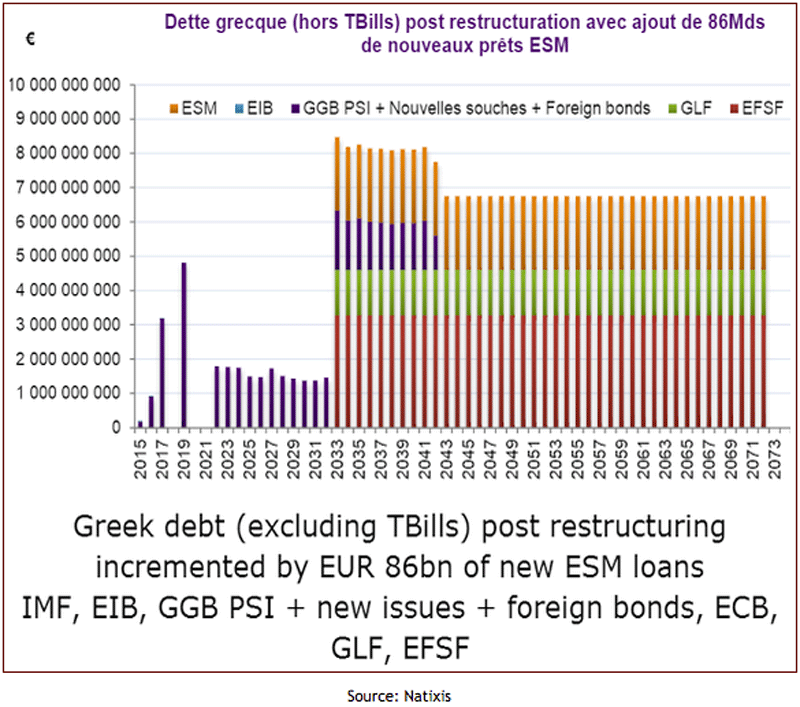