Greek Restaurant in Berlin Serves Dishes Inspired by the Crisis 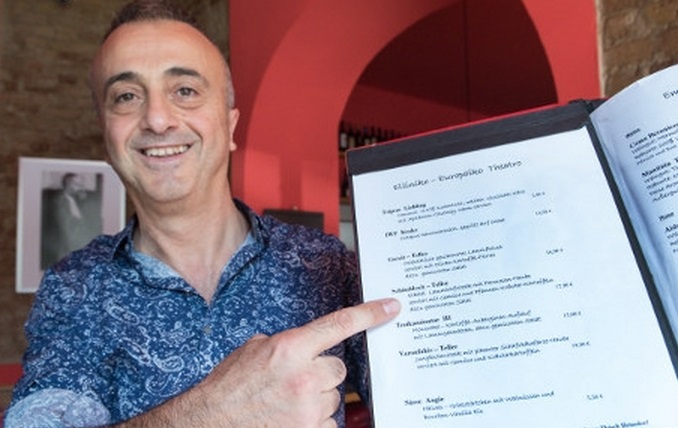 A Greek restaurant owner in Berlin, Germany, launched a limited edition menu based on the Greek crisis. Georgios Chrissidi, owner of Restaurant Z, came up with the ingenious idea that will help lighten the spirit of people in the German capital and will also help him make some profit from the Greek financial crisis.

Chrissidi was born in Greece but migrated to Germany 24 years ago. His restaurant offers a large variety of Greek and Mediterranean specialties, while he also undertakes catering jobs for parties and various events.

A few weeks ago, he decided to create more dishes and add them to the restaurant menu. That is when he came up with the idea of the Greek Crisis menu. “At first I had my doubts, thinking people might react negatively,” he said during an interview to The Local.

“But that’s not been the case at all. People laugh when they see the menu items. They find it funny and they’re quite easygoing about it.”

The menu consists of “Tsipras’ Favorite,” “IMF Calamari,” “Schaeublexit Platter” and “Troikaminator III.” As it turned out, “Schaeublexit Platter” has been a hit with the German crowd. The dish is a recipe based on lamb and Chrissidi explained that the particular dish represents his feeling toward the German Finance Minister, since he is not impressed by the politician’s negotiation tactics.

“I was thinking of the summer times in Greece when you try to drive to the beach but you can’t because all these sheep stand on the road and block your way,” he joked.

Every year Greece and the Greek Diaspora celebrates its national day on March 25th. This day commemorates the start of the War of Independence.
Cyprus