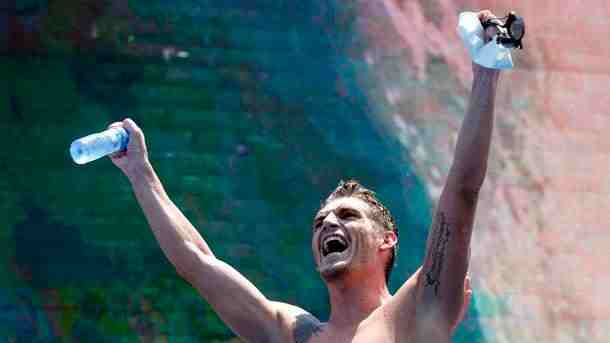 Gainniotis, who hails from the Greek island of Corfu, swam the race in 1 hour, 50 minutes and 00.8 seconds. He finished behind race winner Jordan Wilimovsky from the United States and Ferry Weertman from the Netherlands.
With his finish, Gianniotis also secured his participation in the 2016 Rio De Janeiro Olympic Games.
Another Greek, Antonis Fokaidis, finished 29th in the same race.
Monday’s bronze medal is Gianniotis’ seventh time on a podium in the World Championships. Greece’s renowned long distance swimmer had won the gold medal in the last two World Aquatics Championships.