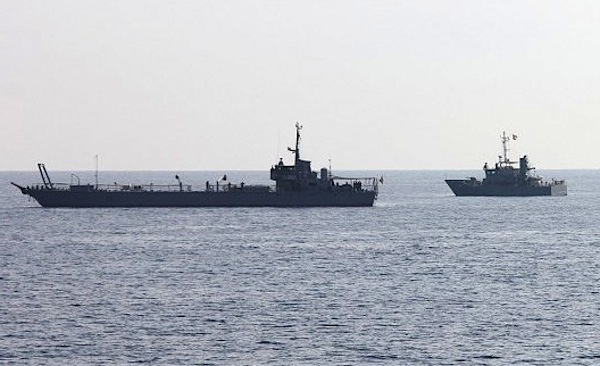 Cypriot and Greek naval forces have successfully concluded a search and rescue drill, code-named “CYPGRE-01/15,” according to the Cypriot Defense Ministry.
The exercise took place on Saturday afternoon, at the sea area south of Cyprus, within the jurisdiction of the Republic, with the participation of National Guard Air Force Command helicopters and navy vessel IKARIA of the Greek Navy.
The Search and Rescue Coordination Center in Larnaca, together with the Greek Naval General Command, had the full operating and coordinating control of the air and the naval means that participated in the drill.
The drill scenario involved a naval accident out at sea and as such the national plan E-D “Nearxos” was implemented in order to deal with the incident.
The drill also included search operations to locate and save a shipwrecked sailor at sea with the help of a National Guard helicopter as well as transferring an injured person by air (MEDEVAC OPERATION) from the Greek vessel.
This drill, according to the Defense Ministry, is the third planned drill in search and rescue operations this year between Cyprus and Greece.
(Source: CNA)