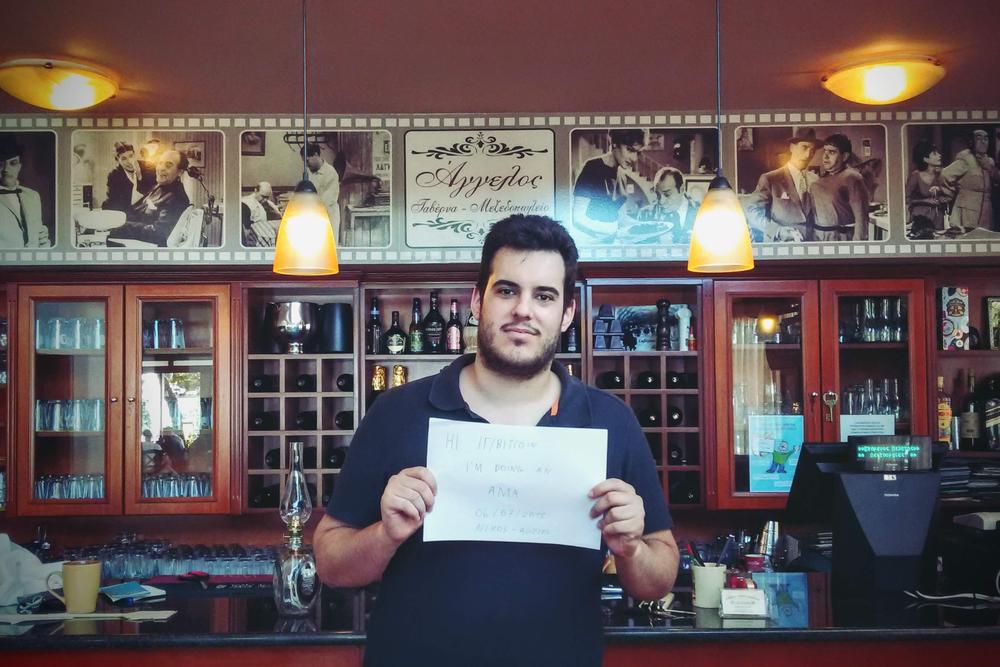 The taverna Angelos in the Haidari neighborhood of Athens is the first Greek restaurant that accepts bitcoin for payment. In fact, now that capital controls are imposed, the owner offers a 20 percent discount to customers who choose to use the digital currency.
The owner of Angelos, Nikos Houtas, says that he has started accepting bitcoin since 2012, and although only few of his customers pay with the digital currency, the fact alone has generated great publicity for the grill room. Houtas told Kathimerini daily that so far only 68 people paid their bill with bitcoin.
Angelos offers the typical Greek fare of souvlaki, bifteki, pork chops and other meats on the grill. But the extra publicity has brought many customers to the young man’s business. Houtas is one of the several young business owners in Greece who found ingenious ways to beat the economic crisis.
Since capital controls were imposed, the idea to offer the option of bitcoin payment along with the discount had the Angelos fame cross the Greek borders. Reporters from CNN, Bloomberg and Al Jazeera have visited the taverna in the past two weeks and spoke about it.
Houtas subscribed to the bitpay platform in 2012 when it was still too early to record transactions. Websites involved in the bitcoin culture started mentioning Angelos and many foreign customers from all over the world started coming to the taverna.
Houtas explained to Kathimerini how the bitcoin transaction is made: “The customer asks for the bill; I come with my tablet, enter the amount in euros, the application converts it into bitcoin, the customer scans the qr code on his own device and the automatic payment is made.” The entrepreneur always retains the option of converting bitcoin to another currency. “When we had capital controls imposed, however, I left 500 euros in bitcoin. I did not convert it to euro for obvious reasons.”