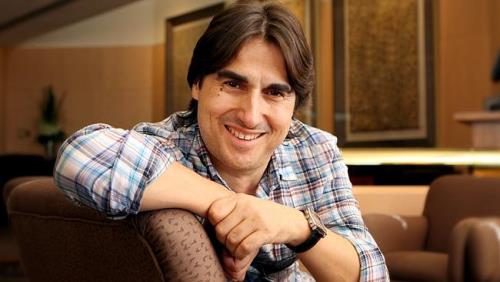 Greek-Australian stand-up comedian Nick Giannopoulos was spotted having fun on the Greek island of Mykonos this week. The comedian, known for his work on stage show “Wogs Out of Work” and popular TV sitcom “Acropolis Now,” was seen dancing the night –and day- away in a popular Mykonos club.

The 52-year-old comedian from Melbourne did not appear bothered by Greece’s financial situation or the political instability and he seemed to enjoy his vacation. Meanwhile, in Australia, members of the Greek Community are constantly trying to find a way to help their homeland and its people.

For example, Greek-Australian chef George Calombaris is currently writing a story about his plan to save Greece. “I am writing a story at the moment on how I am going to save Greece … not financially because I am no financial expert … the emotional way of fixing this country,” he said. “We have the best country in the world in terms of climate, the islands, the beauty, the culture. Unfortunately, it has been given to the wrong people. It’s been mismanaged.”

“If I was running the country, I would make tourism double or triple within three years for the reason being, why wouldn’t you want to travel to Greece, it is beautiful,” he said a few weeks ago to the Daily Telegraph.

The Cyprus Church on Tuesday called for the withdrawal of the country’s controversial entry into this year’s Eurovision song contest titled “El Diablo.”
Art

The impressions had been made by hominids on Crete 5.6 million years ago, making them by far the oldest footprints ever discovered in Europe.