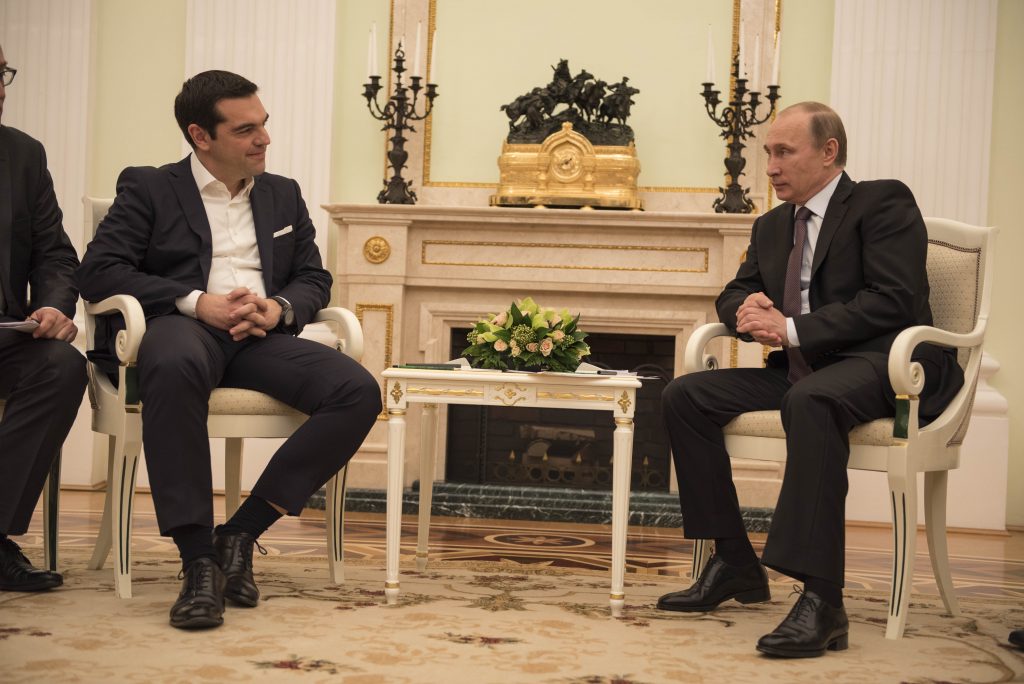 Greek Prime Minister Alexis Tsipras has asked Russian President Vladimir Putin for 10 billion dollars in order to print drachmas, according to newspaper “To Vima.”
The newspaper report cited Tsipras saying in his last major interview to Greek national broadcaster ERT that “in order for a country to print its own national currency, it needs reserves in a strong currency.”
Moscow’s response was a vague mention of a 5-billion-dollar advance on the new South Stream natural gas pipeline construction that will pass through Greece. Tsipras also sent similar loan requests to China and Iran, but to no avail, the report said.
The idea of introduction of a new national currency was examined by technocrats and Greek Finance Ministry employees, who studied the model of Slovakia’s secession from Czechoslovakia in early 1993 and the introduction of the Slovak koruna, the report said.
Tsipras was planning the return to the drachma since early 2015 and was counting on Russia’s help to achieve this goal. According to the report, Panos Kammenos, Yiannis Dragasakis, Yanis Varoufakis, Nikos Pappas, Panagiotis Lafazanis and other key coalition members were aware of his plan.
In his first visit to Moscow, Tsipras condemned the European Union policy in Ukraine and supported the referendum of east Ukraine seeking secession. It was then that Germany realized Greece was prepared to shift alliances, something that would threaten the Eurozone cohesion. Tsipras was hoping that Germany would back down under that threat and offer Greece a generous debt haircut. At the time, Tsipras had the rookie ambition that he could change Europe, the report continued.
It also spoke of a “geopolitical matchmaking” as Tsipras was introduced to Leonid Resetnikof, Director of the Russian Institute of Strategic Studies, before the European Parliament elections in May 2014. The introduction was made by Professor of Russian Studies Nikos Kotzias, who later cashed in on his services by getting the chair of Foreign Affairs Minister.
The July 5 referendum was a test for Tsipras to see what the Greek people were thinking about Europe and the Eurozone. However, on the night of the referendum, word came from Russia that Putin did not want to support Greece’s return to the drachma. That was confirmed the days that followed. After that, Tsipras had no choice left but to “surrender” to German Chancellor Angela Merkel and sign the third bailout package.
The report created a stir and led 17 New Democracy MPs to send a letter to Tsipras, asking if any of the allegations are true.