Residents in Neapoli, Greece Set Up IndieGoGo Campaign After Fire 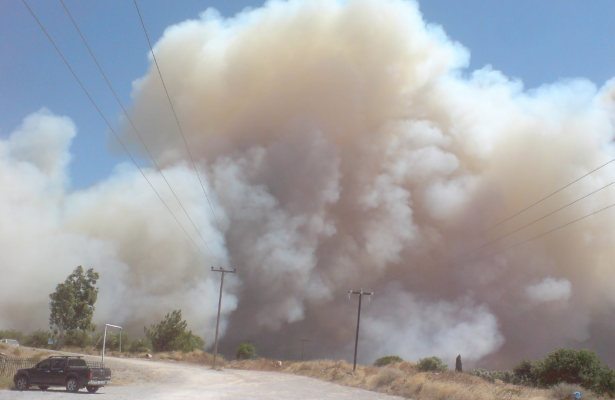 Laconia in southern Peloponnese, suffered significant damage from the 79 fires that broke out on Friday in Greece. According to reports, more than 40 houses were damaged in the city of Neapoli while around 10,000 olive trees were burned.
Villages in the area, a children summer camp and several touristic areas were evacuated, during the fire, which has now been distinguished. Locals are currently trying to estimate the damages and recover anything they can from their burnt homes.
An IndieGoGo campaign was setup by local residents in Neapoli, Laconia in order to gather funds for repairs and the people who fell victims of the fire. “People of Vatika need your immediate help! Up until now 3 villages are evacuated and many houses are burnt to the ground,” noted the campaign organizers. Furthermore, they added that over the weekend when the fire was still going strong the hospital was not able to take care of the people, while several hotels in the area had offered hospitality to the elderly whose homes were lost in the fire.
All the funds that will be raised through the campaign will be given to the fire victims in Vatika, Neapoli. You can find the campaign website here.