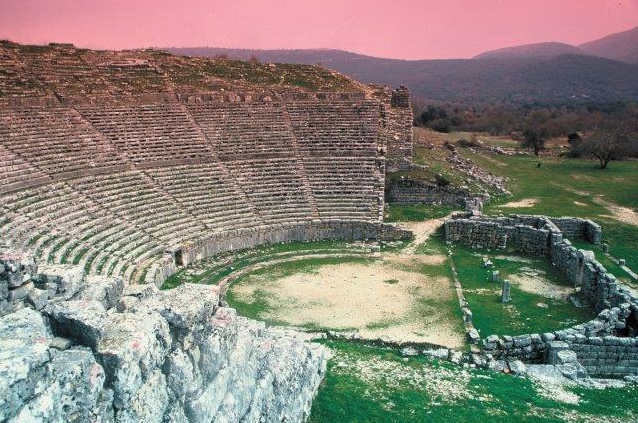 Greek mythology’s undisciplined titan Prometheus challenges the power of Olympian gods, giving mankind fire stolen from Mount Olympus. His punishment and suffering will be relentless at the hands of Zeus. Prometheus will be chained and abused in a Caucasus mountain.
Aeschylus’ poetic masterpiece “Prometheus Bound” about the torments of the Greek mythological figure will be brought to life for two unique performances on Friday and Saturday, June 17-18, at the Ancient Greek Theater of Dodoni, opening its gates again after 17 years.
Aeschylus’ tragedy, full of philosophical and political elements, speaks of the timeless matters of free will and challenging power. The play’s tragic figure cries out that questioning power always ends up with a rift and a creative outburst of free will becomes the first voice in human history that does not hesitate to boldly declare: “I am a realist, because I ask for the impossible. And I ask it for no other reason than for myself.”
Tasos Nousias will embody the bold protagonist, while he will be accompanied on stage by Gerasimos Gennatas (Hephaestus and Oceanus), Marlene Kaminsky (Io), Dimitris Kouroubalis (Kratos and Hermes), Katerina Loura, Iris Mara, Despina Lagoudaki, Christina Bitou, Natasha Sarantopoulos, Penelope Morout and Vivi Boutati (Chorous of the Oceanides). 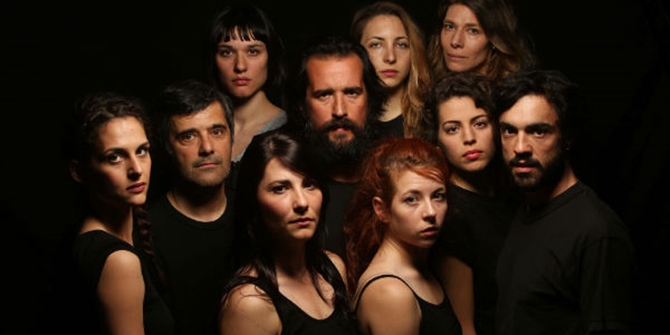