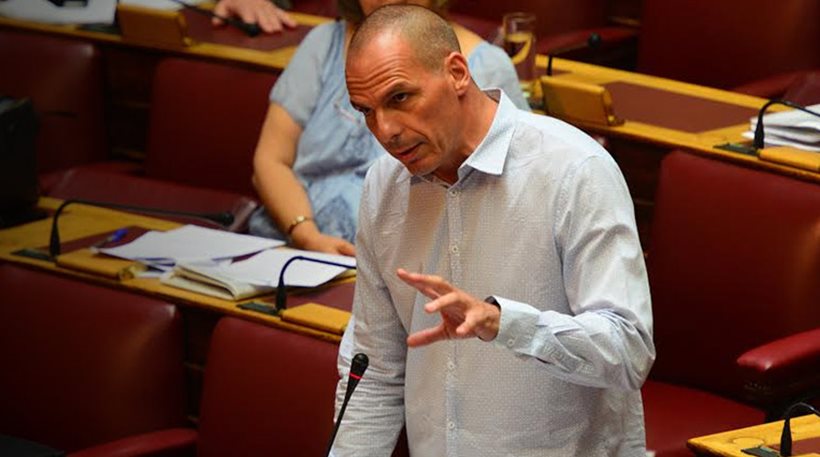 Former finance minister Yanis Varoufakis said in parliament that the new bailout agreement proposed to Greece is doomed to fail, calling it ” Versailles Treaty,” and stated he will vote against it.
Varoufakis accused German Finance Minister Wolfgang Schaeuble of working hard to bring back harsh memoranda because the Greek people voted “no” in the referendum.
“The troika, in cooperation with Schaeuble, was waiting to drag Greece back into the catastrophic clarity of the memoranda,” Varoufakis said.
“We suggested an honest deal – a bridge deal jointly drafted with the Chancellery of Germany to prevent Dr. Schaeuble,” he said, “But the troika with the institutions and Dr. Schaeuble worked hard to restore the hard and toxic memoranda.”
The former minister cited economist John Maynard Keynes in his speech. He argued that powerful European countries demanded terms they were not entitled to claim. “What we have before us is a new Versailles Treaty,” he said, adding that with this agreement Greece will remain a debt colony.
Varoufakis also expressed the opinion that the agreement will not materialize because the International Monetary Fund “refuses to participate.” Also, because the European Stability Mechanism will refuse to proceed without the involvement of the IMF.
“Unfortunately, once again, we are dragged to debt restructuring after the failure of the program…  Everything will depend on the restructuring of the debt,” he said.