GRNews
GreekReporter.comGreeceGreek Gov't to Table Legislation on Prior Actions in Parliament

Greek Gov't to Table Legislation on Prior Actions in Parliament 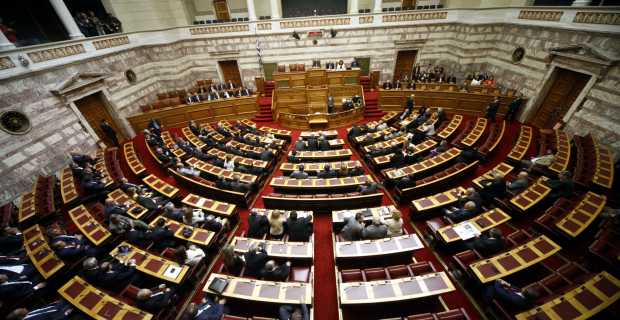 The Greek government will table to Parliament later on Tuesday a draft legislation including all prior action measures envisaged by an agreement reached between Greek authorities and its creditors.
The draft legislation will focus on a package of tax measures, such as changes in VAT rates, raising an extra solidarity tax and changes in the taxation of farmers.
More analytically, the government will introduce three VAT rates (6.0%, 13% and 23%), with the lowest rate including pharmaceuticals, books and theater tickets, the 13% rate will include all fresh foods, energy (PPC rates, natural gas), water and hotels, while the highest 23% rate will include all processed food, transport, restaurants, repair services, medical services.
The draft legislation will also envisage a gradual abolishing of a special VAT rate in Aegean islands, maintaining this status only to remote islands by the end of 2016. As a countermeasure the government will offer income support to the financially weaker citizens of these islands.
The new legislation will also envisage raising a solidarity tax rate by 0.7% to 8.0% depending on income level, raising a luxury tax to 13% from 10% for vehicles with an engine of more than 2,500 cc, pools, aircraft and boats with a length of more than 5.0 meters. The government will also change taxation on farmers, raise a corporate tax rate to 28% from 26% and raise a tax advance payment for enterprises to 100%.
(Source: ANA-MPA)