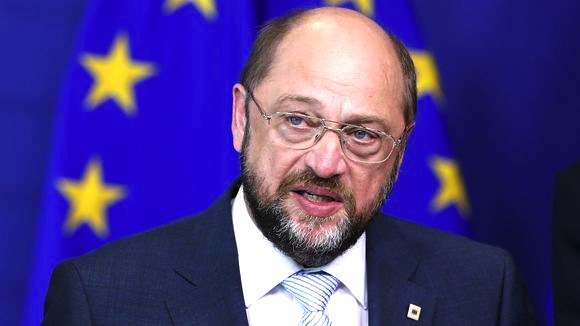 European Parliament President Martin Schulz said on Monday he is confident the Greek government will do whatever it takes to implement the necessary reforms, according to statements made on German talk show “Brennpunkt” of public broadcaster ARD.
“It doesn’t make sense to take this step now and discuss the same things a year from now. All those who closed the deal, but especially the government in Athens have the obligation to do everything they can,” he noted.
He added that the deal Prime Minister Alexis Tsipras got in Brussels on Sunday is worse than the deal he could have got two weeks ago if he had accepted the proposal of European Commissioner President Jean-Claude Juncker.
However, he noted, Tsipras is the strongest prime minister of the last decades in terms of domestic support and he can impose the reforms.
“If someone is in a position to impose the reforms, then it’s him. If he says now he wants to implement them – and considering the country’s plight he must – then I believe he will do it, especially if in the next few hours he approaches the parties in the opposition and secures a wide front of support for his line and policy,” the German official said.
(source: ana-mpa)