TechNews
GreekReporter.com Greek News Economy Greek Parliament President May be a Thorn in Tsipras' Side

Greek Parliament President May be a Thorn in Tsipras' Side 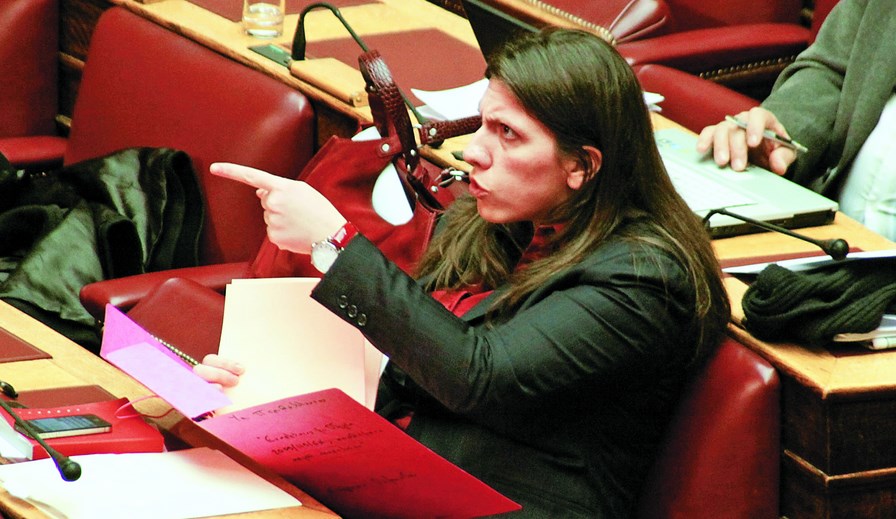 The stance of Greek Parliament President Zoe Konstantopoulou remains a mystery as Prime Minister Alexis Tsipras will bring the new agreement to be voted in parliament on Tuesday.
Konstantopoulou voted “present” in the critical vote for the Greek bailout proposals that has passed with 251 out of 300 votes on Friday morning. The house speaker has opposed the agreement even though Tsipras stressed the need of a consensus.
The parliament president has stated that she is not going to resign, even if she is asked to. This might create a problem if she decides to put hurdles in the emergency vote citing rules of procedure. She has already done something similar by delaying the meeting of the plenary in the previous vote.
The Greek government is asked to legislate a number of measures and reforms by Wednesday so that several Eurozone parliaments can vote on the agreement.
The quick legislation of reforms will show European partners that Greece is actually committed to implementing them. The issue of trust has been crucial in negotiations as the Greek government — and the previous ones — hardly delivered on obligations in the past. Analysts say that Konstantopoulou may use constitutional clauses to delay the vote.
Some are afraid of a “coup” from the house speaker. There is no provision which explicitly states that the parliament president is obligated to introduce the bills received from the government for processing to the competent parliamentary committees and the plenary assembly.
Several MPs, even from SYRIZA, consider a motion of censure. Such a motion would require the vote of SYRIZA MPs and it may take up to three days, thereby forcing the government to miss Wednesday’s deadline. The motion has to be signed by at least 50 lawmakers and then at least 151 votes against Konstantopoulou are needed in order to oust the parliament president.
So far it is certain that the 107 MPs of New Democracy, PASOK and To Potami will vote against Konstantopoulou. There are already several SYRIZA MPs who are displeased with Konstantopoulou’s practices and behavior, but it is hard to find the 44 needed.
Konstantopoulou has the 17 votes of Golden Dawn on her side along with the 13 votes from junior coalition partner ANEL who are against the agreement. The house speaker has supported Golden Dawn on some constitutional and legal issues. Also, the neo-nazi party is vehemently against Europe.