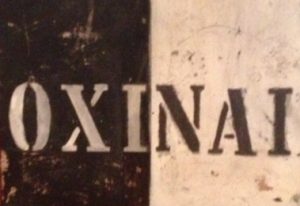 With Greece’s doomsday clock ticking closer and closer to midnight, even the reports that Germany’s acerbic Finance Minister Wolfgang Schaeuble has conceded Greek debt must be restructured cannot eclipse how the brave OXI so quickly dissolved into an anemic NAI. With so much drama accomplishing so little, people are understandably baffled. Yet, to understand the quagmire that is Greece, an abridged review of historical exigencies help explain why Greece remains a country of and in ruins.
First, this mythologized ideal so prevalent among Western thought that ancient Greece enjoys an unbroken linkage to modern Greece suffers from a paralyzing inability to see Greece for what it is and not for what it once was. Modern Greece is far more the child of Byzantine and Turkish despotism than of Periclean Athens. Revering the classical past while shouldering the derisive burden of the Tourkokratia, or Ottoman rule, has profoundly influenced the evolution of Greek society shaped entirely by the socially constructed belief that Greece is not so much a place as a time. Greeks believe their country represents the font of Western civilization as a whole, and somehow exempt from the rules that govern Western civilization in the modern world. Greeks live in the past, casting a dark shadow on their future.
Second, 400 years of the Ottoman veil isolated the Greek world from the great Western European movements of the Renaissance, Reformation, Enlightenment and Industrial Revolution. It is one of the great paradoxes of history that Greece was denied the chance to flourish among Western counterparts. The great emigration of Byzantine intellectuals, philosophers, theologians and scientists that dramatically influenced the development of humanistic and scientific progress in Western Europe didn’t visit home on their journey across the Bosphorus. Which explains the Greek’s obsessive quest for Occidentalism’s patina while denying their Oriental tendencies.
Third, the scale and impact of world events over the last 200 years have been rife with the interference of great foreign powers in sovereign Greek affairs. Between 1820-1974, the fault lines of Oriental and Occidental civilizations often sacrificed Greek interests. The War of Independence between 1821-1832 and Greece’s fledgling insurrection was the Balkan’s first shot in the battle for emancipation from Ottoman oppression, contributing to the birth of the European nation-state after World War I. But where democratic leadership should have followed, monarchy was imposed. The fall of Asia Minor in 1922 and the promise to ensure Greece’s political and cultural survival with the Treaty of Lausanne only saw Greek interests abandoned by Europe. During World War II, the bloody civil war of 1946-1949 and again during the military junta of 1967-1974, Greece’s DNA of resistance was challenged and heroically prevailed, but again, the great European powers protected their own interests at the expense of Greece’s. Greece is one of Europe’s youngest pre-1989 Fall of the Wall republics. The irony, of course, is that the cradle of democracy had to wait until 1974 to form a more perfect union.
This historic context helps explain why the mechanisms of global finance and European integration in the late twentieth and early twenty-first centuries have succeeded in playing with Greece’s financial security. Sadly, with the help of successive Greek government collusion.  We all know exactly what Alexis Tsipras was attempting to do. He does deserve credit for managing to get the IMF and White House to force the issue of debt restructuring into this current package of reforms. Something PASOK and New Democracy did not. However, the messenger killed the message.  Echoes of heroism failed to mask leadership incompetence. Varoufakis didn’t help.
Greece’s “intellectual pollution” in myriad forms have been as responsible for the country’s decay. While deeply rooted in the historic lineage of Byzantine and Ottoman influences, systemic corruption has lead Greece’s citizenry to deeply distrust the instruments of governance, foreign powers and most tragically, each other. Greeks fundamentally believe the nation will always remain on the brink of moral and social collapse. And now, it truly has.
Perhaps this shock doctrine of capital controls and flatlined economy will finally spawn a meaningful parthenogenesis.
On this day where OXI has been reduced to NAI, don’t exclusively blame Alexis Tsipras. Remember that when Greece had charismatic leaders of conscious and consequence, they were always destroyed from within. Whether the towering figures of antiquity (hemlock anyone?) or contemporary leaders like General Kolokotronis, Eleftherios Venizelos or Ioannis Kapodistrias. Each of whom was either assassinated, convicted of treason, or both.
The story of statesman Kapodistrias, the first head of an independent Greece, lends an insightful piece of history. When he arrived in the late nineteenth century from diplomatic postings in Russia, the Ottoman insurrection and factional conflicts had ravaged the country. Disease and famine were rampant. On his travels, Kapodistrias discovered the potato and directed that a large shipment be delivered to Greece’s capital city of Nafplion. The vegetable was to serve as food aid to starving Greeks. Greeks were reluctant. Starving but reluctant. So Kapodistrias instructed that the entire shipment be unloaded and protected by guards. The guards were ordered to turn a blind eye and soon Greeks starting “stealing” the potatoes from the very hand that was trying to feed and free them.
Kapodistrias was assassinated in 1831 by fellow Greeks on his way to church.
Tsipras is no Kapodistrias.  But he’d be well advised to remember history.

Americans have been a major part of summer tourism in Greece. Although they may not make up the largest contingent of visitors, they spend more.
Diaspora