Greek App Shows Which ATMs Have Cash During Capital Controls 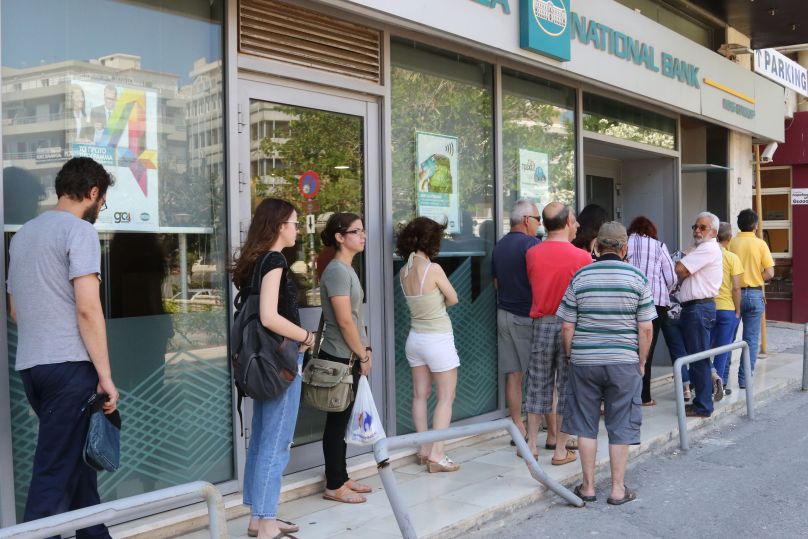 A new mobile app was released on Thursday, informing Greeks which ATMs are convenient to them, if they have available cash at the moment and if they dispense 50 or the now scarce 20 euro bills.
Dimitris Chatzieleftheriou, who developed the application along with Haris Spentzas and Christos Kritikos, explained: “Our idea had come from the very first days of capital controls. It was not technically difficult and took us one or two days to develop. The most demanding part was to find all ATMs in Greece and register them.”
The application is relatively simple and is based on the feedback of users themselves. “With two clicks you can update all application users that there is money in the machine and if it has 20 euro banknotes or just 50 euro banknotes,” said Chatzileftheriou. The user can find out information such as “the specific ATM had 20 euro notes 15 minutes ago.”
The application is available on the Android platform only. “Apple’s App Store requires a few more days to get approval and uploading,” Chatzieleftheriou added.