Berlin Will Provide the Deciding Vote for Greek Proposal 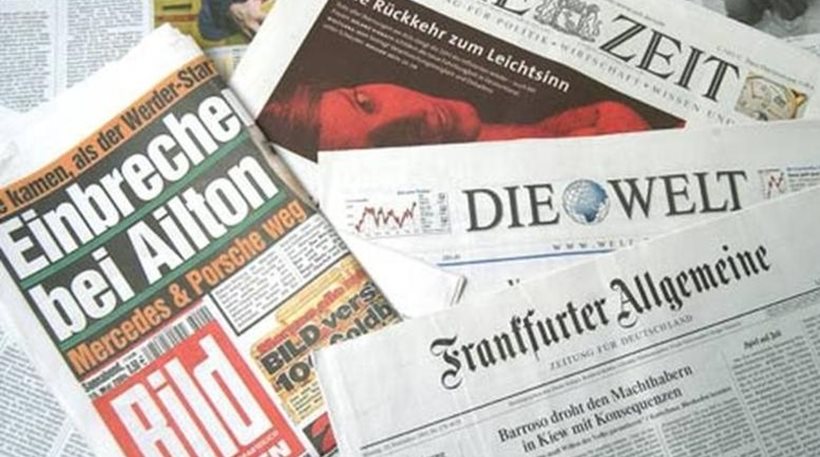 Media in Germany are claiming that the new proposal submitted by the Greek government is similar to the one tabled by the institutions in June. Furthermore, German news agencies noted that Berlin is the regulating factor in achieving an agreement between Greece and its creditors while CDU members doubt the sincerity of the Greek proposal.
Focus noted that Tsipras left the institutions write his proposal. “Greece’s proposals have political momentum. According to German network ZDF, many proposals have been prepared by the Troika, which is hated by SYRIZA. Already in June, the Troika had presented similar proposals to the ones submitted by Greek Prime Minister Alexis Tsipras.”
According to Handelsblatt, Tsipras either tricked the Greek people or his European partners. In another article, the newspaper noted that the Greek government submitted the proposals to the country’s creditors via e-mail.
Der Spiegel wrote about the CDU members’ distrust toward the Greek proposal, while also referring to the harsh stance shown among German MPs. “The question is whether it is reliable,” said CDU’s Ralph Brinkhaus. “In the referendum, 60% of Greeks condemned the creditors’ proposal. So the question that arises is: Will this be implemented after the pass by the Greek parliament, or will it simply remain a promise?” he added.
Finally, Deutsche Welle reported that the Greek crisis brings out the basic differences in perception of democracy across Europe. There is the classic version where democracy is identified with popular sovereignty. This is observed in Greece, where society can hold democratic elections to decide its fate. But this is a perception of democracy that is not feasible in today’s Europe, according to Jürgen Naier, Professor of Political Science at the European University in Frankfurt.