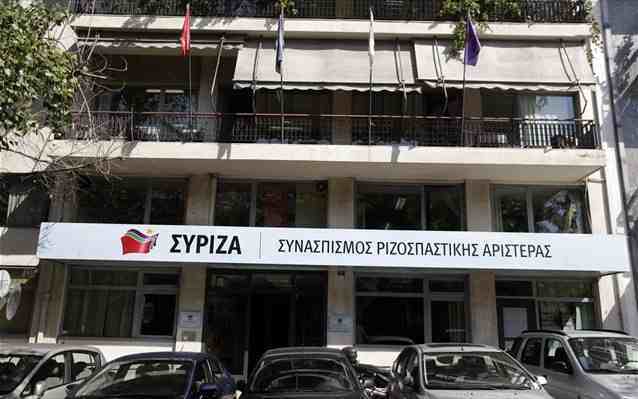 As the Greek government has made a request to the European Stability Mechanism for a new bailout package, members of SYRIZA’s “left platform” proclaim that they are against a “humiliating” deal that would include austerity measures, and some even ask for a new referendum.
Government spokesperson Gavriil Sakellaridis briefed the party’s political secretariat on the Greek proposal without going into specifics. Key party members expect to see how lenders will react before they call a meeting of SYRIZA’s Central Committee to discuss the progress of negotiations. The committee will also have to approve the text of the agreement.
The left platform asks the prime minister to “respect the people’s mandate” and use it as a negotiating tool. The platform’s website, iskra.gr, posted an article entitled “The people’s request for dignity is dragged from summit to summit” in which it is stated that a deal that would make Greek people suffer will be a catastrophe.
“The government has a duty to respond to the “no” of the referendum and use it against the ferocity of creditors and the corrupt oligarchy… Greece has not only one but several options to follow. They are all difficult and inaccessible. The worst, however, the most predatory, the most humiliating and intolerable, would be the surrender and allegiance to the “institutions” of the EU, the ECB and the IMF. This deplorable allegiance must be avoided at all costs,” says the article.
The article was written by the leader of the left platform, Progressive Reconstruction, Environment and Energy Minister Panagiotis Lafazanis, who has stated publicly that he is against an agreement with recessionary measures. Minister of Social Security Dimitris Stratoulis also said he will not sign an agreement that is against the people. Stratoulis also said that Greece has alternative routes to take.
SYRIZA MP Yiannis Michelogiannakis sent an open letter to Alexis Tsipras saying that if he cannot achieve a viable deal, he should hold a new referendum with the question: “a memorandum of poverty or alternative choices.”