GRNews
GreekReporter.comGreek NewsEconomy'Regretfully, We Are Bankrupt'... Again; Debt And Default in Greece

'Regretfully, We Are Bankrupt'… Again; Debt And Default in Greece 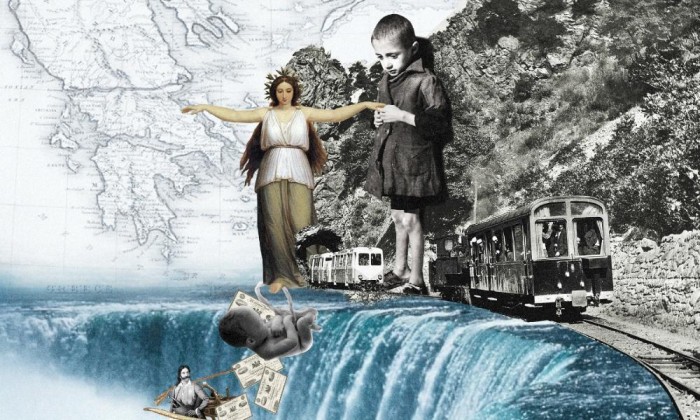 Greece is the birthplace of dialogue, democracy, philosophy, arts and the first radical leftist government in Europe. During the last few years, and due to its deep dive into a financial turmoil, the country has been constantly hosted in numerous international headlines across the globe that are persistently warning of a potential default on its external debt. Are people warned about Greece diving into uncharted waters, though? This is not true, taking into account that the Greek State, during the 190 years of its modern history, has experienced bankruptcy several times. Lets anchor together in some of the biggest ports of modern Greek history, allowing ourselves to drift on trips to uncertainty, similar to those we face nowadays.
In December 1893, Greek Prime Minister Charilaos Trikoupis rose in Hellenic Parliament and uttered one of the most dramatic declarations in Greek history: “Regretfully, we are bankrupt.” What followed next?
The Greek government, surrendering its economic administration to the International Financial Control, was forced to impose extra levies on all transactions, reduce public spending, withdraw a great amount of money from circulation, work on social reforms and minimize corruption, as a previously applied extensive program of reforms and infrastructural modernization did not provide the State with the necessary revenues it needed to fulfill its obligations toward its international creditors as it was expected.
University of Athens Professor of Political Science and Public Administration Thanos Vermis commented on the default under Trikoupis: “It happened because of over-borrowing, but those loans resulted in infrastructure projects that actually benefited the Greek people—for example, that is when the railways, that are still in use today, were built. It was a bankruptcy that actually gave something back.”
After the 1893 bankruptcy, Greek authorities applied several essential reforms that by 1910 enabled the Greek economy not only to be competitive again but also to be transformed into one of the strongest in the European continent, resulting in the conquer of a part of its national territory during the Balkan Wars.
“Despite the fact that the international control was humiliating and in the long run exploitative, it allowed the Greek economy to use many favorable factors of the 1898-1914 period advantageously,” historian D. Dertiles explained regarding this specific period of Greek history.

10 years after the 1922 Asia Minor Catastrophe and three years after the 1929 Wall Street Crash, Greece was left again as pray to creditors through a new Memorandum and in its desperate effort to avoid repaying its external debt, declared default under Eleftherios Venizelos and his opposition leader Panagis Tsaldaris. However, something positive to Greek society occurred at that time. Greek citizens turned to their internal market, developing their rural economy. People in the countryside were not the ones to suffer the consequences of such a default because of their self-sufficiency. This time, the upper class and wealthy were those mainly affected. But are these two bankruptcies the only ones Greece suffered during its modern history?


The answer is a surrounding “No.” Because bankruptcy had previously been declared in Greece in 1827, when the first Governor of Greece, Ioannis Kapodistrias, being in dire straits as State money was lavished without being able to repay the two loans the Greek government took in 1824 and 1825, announced default. It was a quirky bankruptcy because several historians argue that the Battle of Navarino (October 20, 1827), which enshrined the country’s independence, was in fact an initiative taken by Greece’s international creditors aiming to collect their money from an organized state.

The repayment of the loans Greece managed to take during the Greek War of Independence was finally taken over by the reign of King Otto in 1832. In order to pay the installments, the King of Greece used a new loan of around 60 million drachmas, provided by the Rothschild brothers in May 1833, money that was denied to Kapodistrias five years ago.

The disputes with creditors were a daily occurrence, the economy was not progressing at all and there weren’t essential funds to pay off the debt. For this reason, Otto took the initiative to apply unpopular measures, which accelerated political developments leading to the Dimitrios Kallergis military coup on September 3, 1843. After the September 3 Revolution, Greece declared default.