GRNews
GreekReporter.comGreeceImmigrants and Refugees Scramble Over Food on Greek Island of Lesvos

Immigrants and Refugees Scramble Over Food on Greek Island of Lesvos 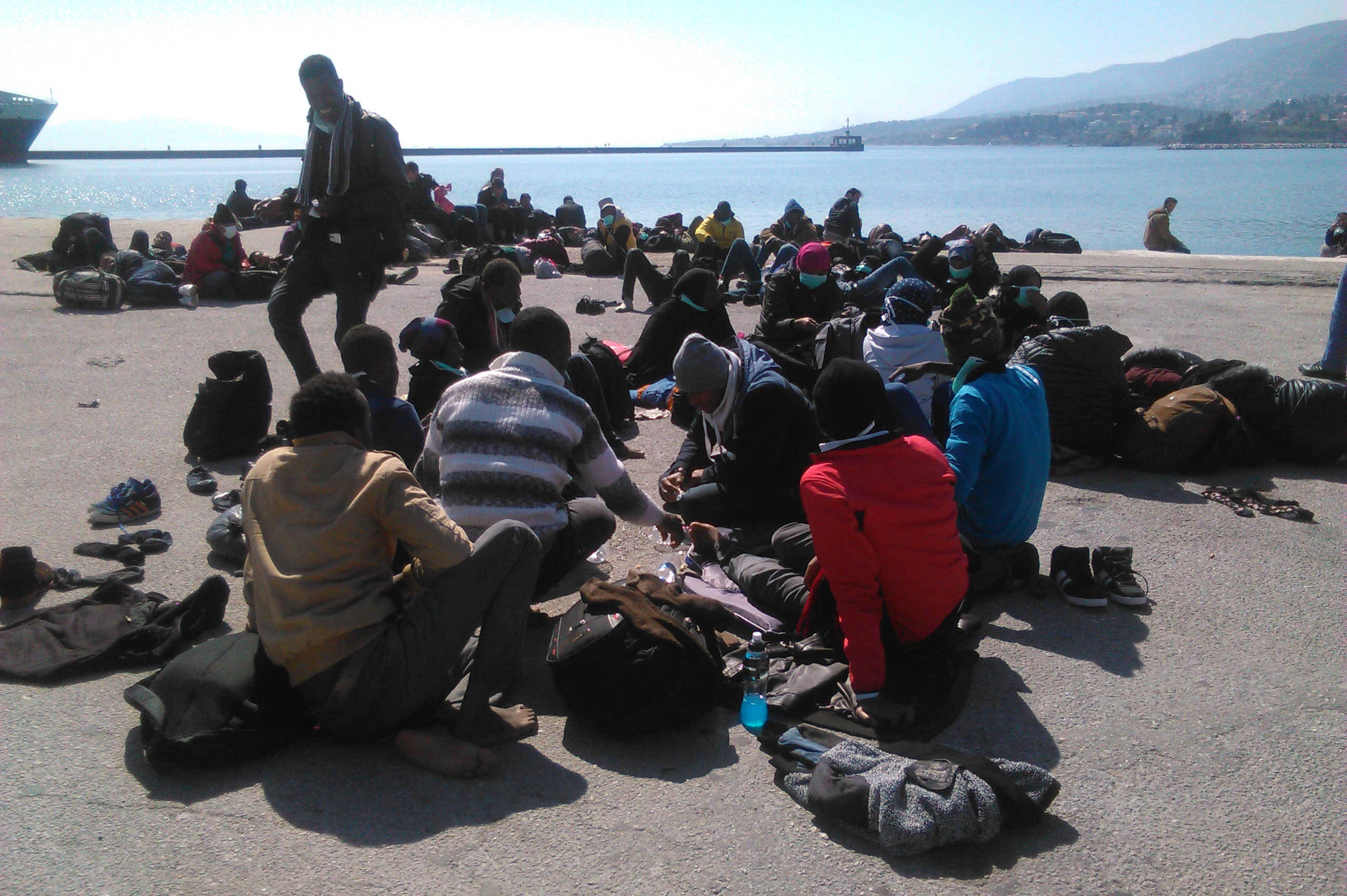 The Greek island of Lesvos, located just a few miles from Turkey, is experiencing a massive influx of refugees and immigrants, and signs of a tense atmosphere are becoming apparent.
A video by lesvosnews on Wednesday allegedly shows immigrants and refugees fighting over a van containing food that was to be delivered to a refugee settlement where 2,500 people are living. The footage shows them scrambling to get to the van while some of them even climb on top of the vehicle.
Lesvos had 15,000 refugees cross from Turkey just in the month of June. The situation has become overwhelming, with the island lacking the necessary infrastructure to deal with these numbers. On Sunday night, a group of immigrants and refugees revolted in their settlement and threw rocks to Coast Guard officers on duty.
“We are going to mourn victims. The situation has become uncontrollable for a while now. Today it was me, tomorrow its will be someone else. There are thousands of migrants on the island. How can we handle them? 100 to 200 leave daily but at the same time another five hundred arrive,” an injured officer told protothema.gr.
The new arrivals are allegedly frustrated with the fact that they are forced to stay on the island under appalling conditions and are not being issued the proper documents to leave and potentially move on further into Europe.
According to the report, there are 2,500 immigrants and refugees living in a space that is able to host 600 people. Another 800 are staying in the island’s only reception center in the area of Moria. There are 400 personnel on the island.