How European MPs Reacted to Tsipras' Speech in EU Parliament 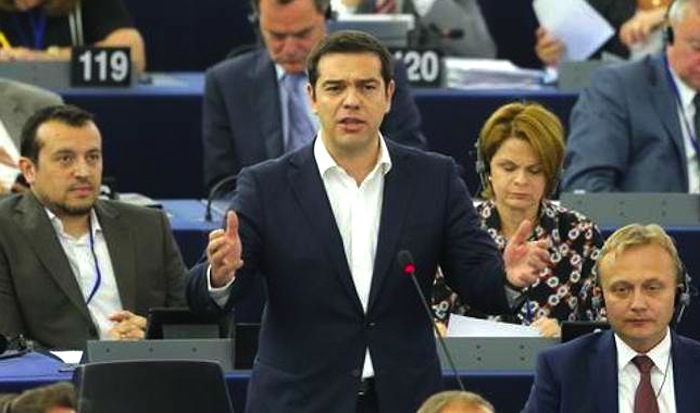 “We, as socialists, will never, ever accept a Grexit,” stated president of the Progresive Alliance of Socialists and Democrats Giani Pittella, after the Greek prime minister’s speech in the European Parliament.
“Mr. Tsipras, you don’t belong in my party, but at this moment I feel like a European, and as a European I’m telling you that for Europe’s benefit us socialists we will never, ever accept a Grexit,” Pittella said.
“Right now the future of Europe is at stake, and Greece is part of Europe. We must not divide the assembly, we must not divide the institutions of the European Union, but to unite them,” Pittella added.
President of the European People’s Party Manfred Weber spoke on Tsipras’ statements and asked the Greek prime minister to apologize for the “unacceptable” statements made by Greece’s defence minister Panos Kammenos and previous finance minister Yanis Varoufakis that were against the European Union.
The German politician said that there are many people in Europe who receive lower pensions than Greeks and workers who have lower wages than in Greece. “Mr. Tsipras, what would you answer to people of Europe who have lower wages than Greece?” he asked characteristically. A Greek debt write-off would mean that the poor Portuguese farmer will end up paying the bill for the Greek debt, he added.
We respect the Greek prime minister but as the European People’s Party we have the responsibility to call on Alexis Tsipras to return to logic and present a program for the Greek debt.