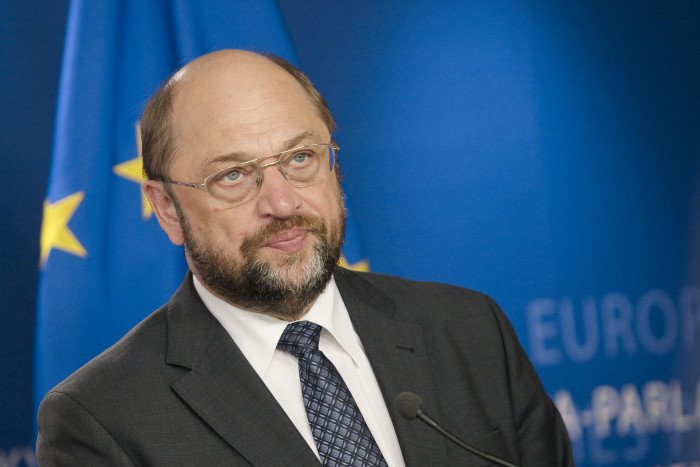 Martin Schulz, the President of the European Parliament called for people to respect Sunday’s NO vote in the referendum, but also expressed his pessimism regarding Greece’s future and warned of a humanitarian crisis in the country.
“This is a difficult day: there’s a broad majority in Greece and the promise of Prime Minister Tsipras to the Greek people that with the ‘no’ vote, the position of Greece for negotiating a better deal would become better is, in my eyes, not true…” he said on Sunday evening.
Schulz reiterated in his televised speech the necessity to respect the Greek decision but pointed out that the other Eurozone governments’ endorsement of the bailout deal should also be respected, putting pressure on the Greek government to come up with new proposals, while also warning that the promises it made could fall through.
“The promise of the minister of finance that the banks will open tomorrow and that money will be available for tomorrow and Tuesday seems to me very difficult and dangerous. And, therefore, because I believe that the Greek people will be, during the week and even every day in a more difficult situation, I think we should tomorrow, at the latest on Tuesday for the eurozone summit discuss a possible humanitarian aid programme for Greece…” Schulz warned.
Earlier in the day German Vice Chancellor Sigmar Gabriel accused Tsipras of ruining any possibility of a deal between Greece and its creditors.