Varoufakis Accuses Greece’s Creditors of ‘Terrorism’ Ahead of Crucial Referendum 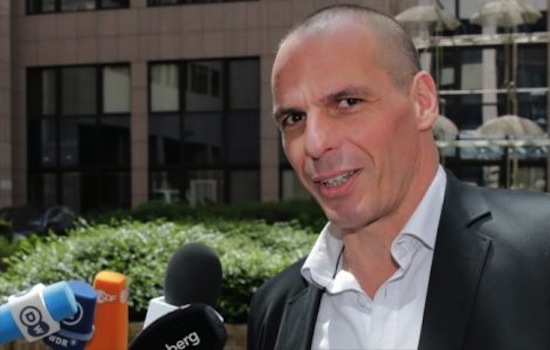 Greek Finance Minister Yanis Varoufakis has described the actions of Athens’ creditors as “terrorism” but said an agreement with them is inevitable in an interview published hours before a landmark referendum to accept or reject the country’s bailout terms.
“What they are doing with Greece has a name: terrorism,” Varoufakis told Spanish newspaper El Mundo. “Why have they forced us to close the banks? To make people frightened. And when it comes to spreading terror, this phenomenon is called terrorism.”
Varoufakis said he believes Brussels and the Troika of creditors want the people to say “Yes” to the bailout terms, so “they could humiliate the Greeks.”
He also warned that Greece’s exit from the Eurozone is something the EU cannot afford.
“As much for Greece as for Europe, I’m sure,” Varoufakis said. “If Greece crashes, a trillion euros (the equivalent of Spain’s GDP) will be lost. It’s too much money and I don’t believe Europe could allow it.”
Varoufakis: Greece prepares for economic siege
Varoufakis said the leftist-led SYRIZA government is still working on the assumption that creditors will return to the negotiating table if the Greek people don’t agree to their austerity demands in Sunday’s referendum, but it stands ready to fight unless it secures major debt relief.
“Luckily, we have six months stocks of oil and four months stocks of pharmaceuticals,” he told The Telegraph.
Varoufakis also said a special five-man committee from the Greek treasury, the Bank of Greece (BoG), the trade unions and the private banks is working feverishly in a “war room” near his office, allocating precious reserves for top priorities.
(source: El Mundo, RT, Telegraph)