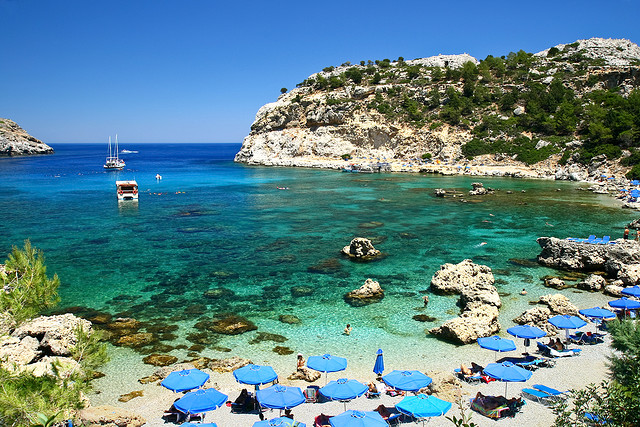 Tourism has always been one of Greece’s most developed and fruitful sectors, however, due to the political turmoil and uncertainty, Greek tourism has received a heavy blow.
Even though several foreign media are trying to prevent foreigners from travelling to Greece for their vacation, BBC is following a different path, urging foreign tourists to help the debt-stricken country.
The British network journalist Anna Holligan visited the popular resort of Faliraki on the Greek island of Rhodes, sending a message to the world: “If you want to help Greece, come here.”
Holligan starts the video on a boat and then talks with tourists, who say that despite their concern, everyone in Rhodes keeps reassuring them with a smile.
https://www.youtube.com/watch?v=TKryYRsM2R4