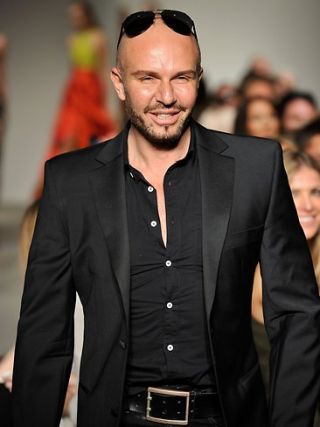 Several Greek-Australian celebrities have expressed their concern about the current situation in Greece. They are worried about their relatives back in the homeland and how they are suffering due to the tumbling Greek economy.

Fashion designer Alex Perry (born Alexandros Pertsinidis) spoke for many when he told Confidential he would be forever grateful to his late father for emigrating to Australia and admitted many of his Greek relatives are “frightened,” noted the Daily Telegraph. Greece has been used to operating in a certain way for a long time and they have to make changes that, sadly, will probably take 25 years to bear fruit,” he said.

“In Australia we have a strong work ethic. We know we have tax obligations. The Greeks became a bit lax and certainly haven’t been looking after their most valuable trade — tourism — and while plenty of people still go to Mykonos, a lot think it’s too expensive and just as nice to be in Croatia or Turkey, which are cheaper,” he added.

According to the newspaper, Perry admitted that due to his inexperience in the world of economics, he has no idea how bad things are for the Greek economy, especially if the country is forced to return to the drachma.

Furthermore, Greek-Australian Chef George Calombaris noted that he is writing a story about how he plans to save Greece, “not financially because I am no financial expert, but the emotional way of fixing this country,” he stressed. Greece’s natural beauty and culture are getting lost due to mismanagement, he believes.

“If I was running the country, I would make tourism double or triple within three years for the reason being, why wouldn’t you want to travel to Greece, it is beautiful,” he said to the Daily Telegraph.