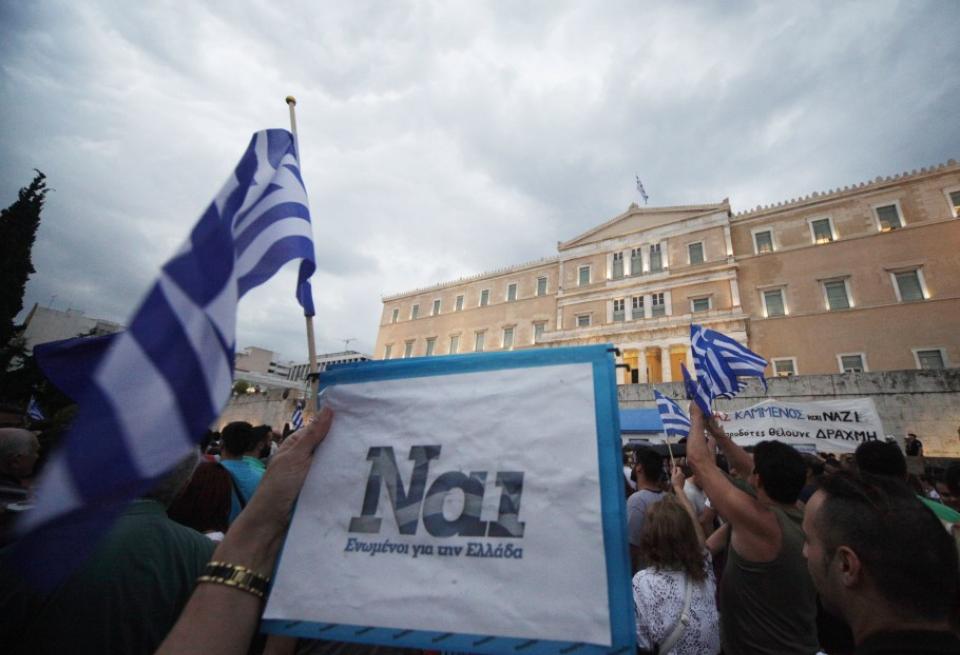 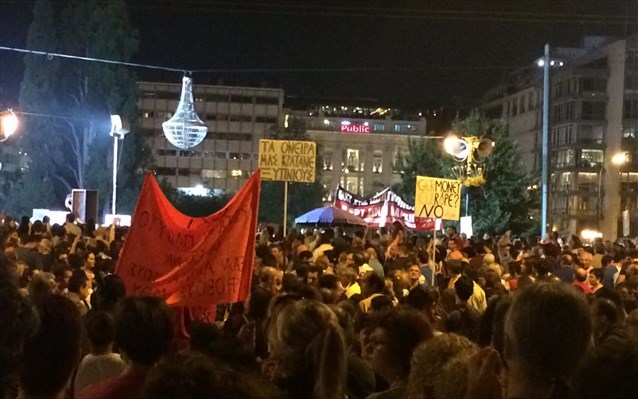 The two opposing factions of Sunday’s referendum hold their rallies at the same time this evening, Friday, July 3, in downtown Athens.
The ‘No’ camp, supported by the ruling SYRIZA-ANEL coalition and Golden Dawn, is holding a rally at Syntagma Square at 7:30 pm. Key speaker will be Prime Minister Alexis Tsipras, while actors Giorgos Kimoulis and Paschalis Tsarouhas will address the public.
SYRIZA urges Greeks to say “No” to creditors’ “blackmail and ultimatums” and “No” to austerity. “We answer to fear with our songs” is one of the slogans, as, following the speeches, there will be concerts by several Greek singers such as Eleni Vitali, Socrates Malamas, Alkinoos Ioannidis. Christos Thiveos, Thanos Mikroutsikos and others.
At the same time, at the Panathenaic Stadium, less than two kilometers away, those who say “Yes” to an agreement with Europe will gather to demonstrate. The “Yes” campaign is an initiative of the group “We Stay in Europe” and is endorsed by New Democracy, PASOK and “To Potami.”
The “Yes” campaign is also endorsed by many well-known academics, artists and businessmen. Former Prime Ministers Costas Karamanlis, Costas Simitis and Constantinos Mitsotakis will also be present. The slogan dominating for this rally is “We join our voices to keep Greece alive. Yes to Greece. Yes to the euro.”