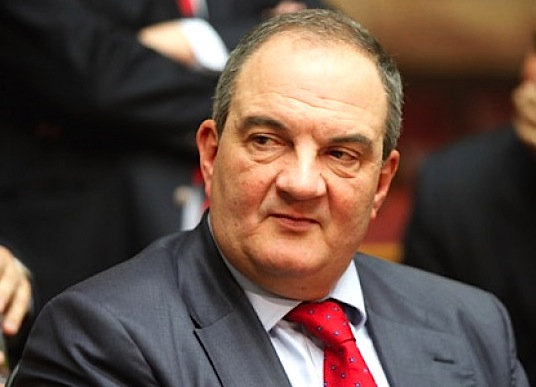 Former Greek Prime Minister Costas Karamanlis sent a televised message to Greeks on Thursday in an attempt to persuade them to vote “Yes” in Sunday’s referendum.
Karamanlis, currently a New Democracy Party MP and former Prime Minister from 2004 until 2009, admitted that the European Union, Greece’s creditors and the Greek governments have made mistakes over the past years that have had burdensome effects on the county’s citizens. Despite this, Greece needs to remain at the heart of Europe.
“Our stay in the European family is necessary not only for economic and social reasons, since an exit would entail an inconceivably bigger cost and sacrifices, first and foremost by the weaker. It is necessary, above everything else, for national reasons,” the Former Premier said.
The SYRIZA administration ha supported that a “No” vote is not a choice that will lead to Greece’s exit from the Eurozone. Karamanlis warned however that a “No” result would be taken as Greece’s decision to leave Europe and a first step toward this direction.
The problems of the Greek economy began to surface during Karamanlis’ later years in power. He only served half of his second term as he called a snap election to ensure public endorsement for his economic plan and to strengthen his government. He lost to PASOK’s George Papandreou.