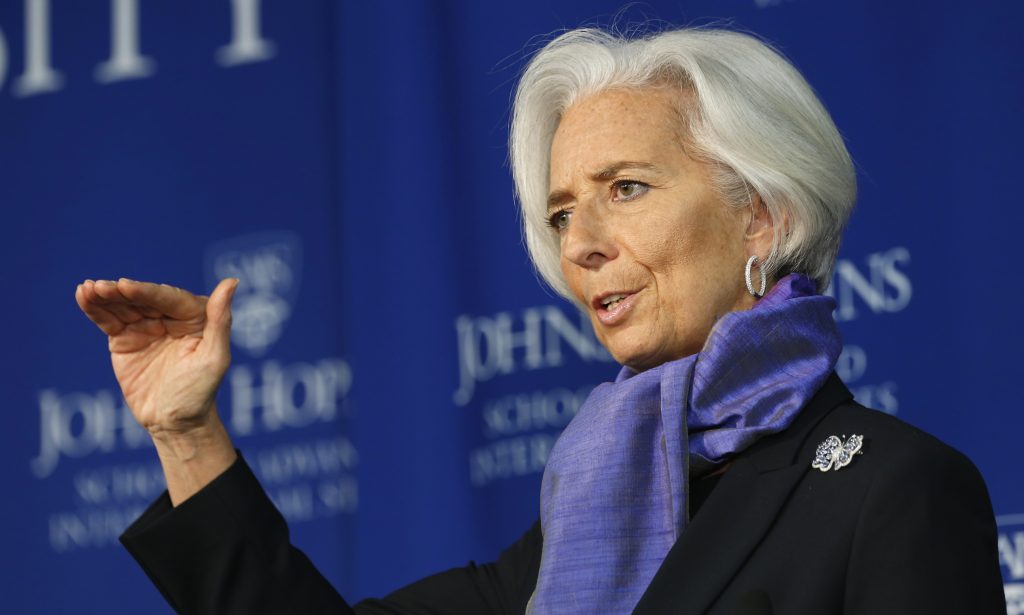 Greece should reform its economy before European creditors restructure its sovereign debt, said International Monetary Fund (IMF) Managing Director Christine Lagarde, a day after the country’s default on the Fund.
Lagarde spoke to Reuters and hinted her frustration as she said that Greece was on its way to economic recovery before the current SYRIZA-ANEL coalition came to power. However, she avoided direct criticism of Greek Prime Minister Alexis Tsipras and his stance during the negotiations.
In a question regarding Greece’s debt relief, Lagarde said that Athens’ commitment to reforms must come first before European creditors proceed with further aid.
“Given where we are, my suspicion is it would be much preferable to see a deliberate move toward reforms for that to be followed through by the other side of the balance,” Lagarde said.
Greece is holding a referendum on Sunday with the government asking citizens whether they want to say “No” to a deal that would include austerity measures or “Yes.” Tsipras urges Greeks to vote “No,” claiming that this would give Greece leverage in negotiations. However, European officials say that a “No” would mean that Greece is not willing to continue being in the Eurozone.
Asked about the trustworthiness of the Greeks, the IMF chief told Reuters that “we do not have a choice as to who represents a country… And we take all governments, duly elected … as the legitimate partner in the negotiations.”