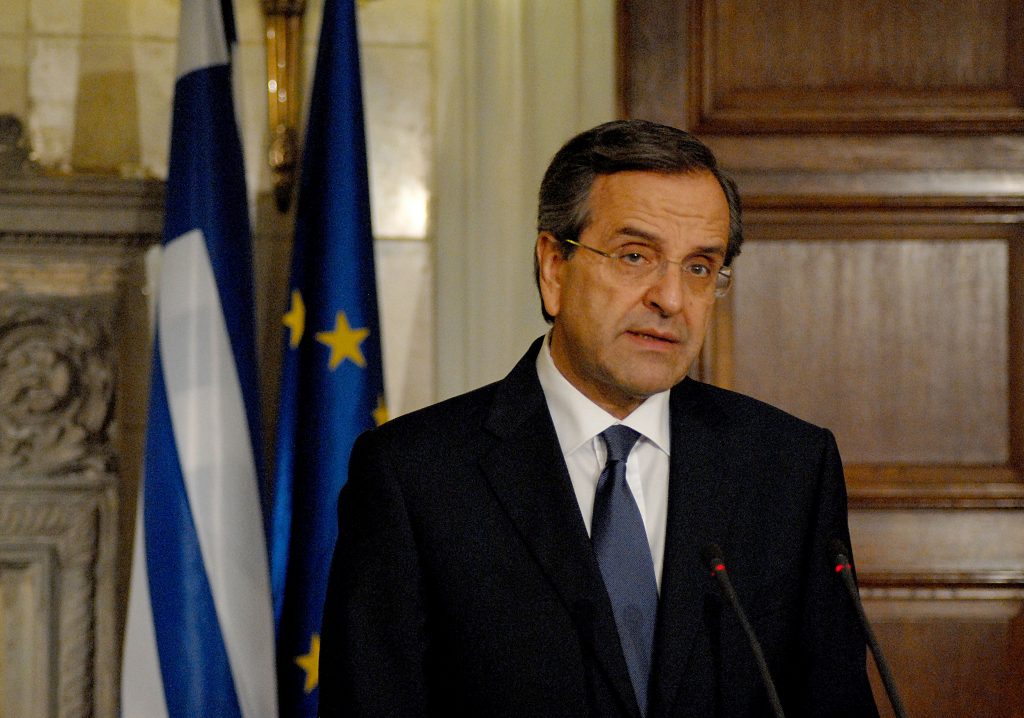 As Greece and the Eurozone face a week of political and financial turmoil after Greek Prime Minister Alexis Tsipras’ sudden announcement of a July 5 referendum on the creditors’ proposed bailout agreement, main opposition New Democracy leader Antonis Samaras urged Greek citizens on Tuesday to vote “Yes” in the upcoming ballot.
Samaras said: “The question regarding the referendum is simple. Do we say ‘Yes’ or ‘No’ to the euro and Europe? After all, this is what all the European leaders have already delivered. Even the socialist leaders, such as Hollande, Renzi and Schultz.” And he clarified: “Answering ‘No’ in the referendum equals with saying ‘No’ to the euro and Europe.”
The New Democracy leader also explained: “Voting “Yes” in the referendum will break the deadlock the country currently faces, paving the way to smoothing things out. The best way to avoid being blackmailed is to stand on our own feet. We should avoid any more deficits, we should not accept additional loans. We should work hard to reduce the huge expenses of our state and ease the tax burden for our society, the real economy and businesses. To stay in the heart of Europe and the euro, we vote ‘Yes’ next Sunday! In order to return to stability, normalcy and development, something that all Greeks wish for.”