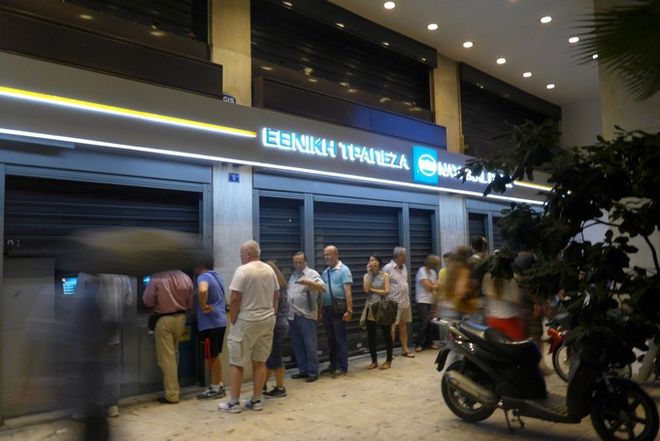 The imposition of capital controls will bring radical changes and major restrictions on trading activity. Greek banks will be closed for a week, until next Monday, July 6. The decision to close the banks was made in order for their systems to adapt and for people to be able to withdraw up to 60 euros from ATMs.
Meanwhile, the Greek people will be unable to send money abroad, transfer money from one account to another or cash in checks. The only bank transactions available are through web banking systems, allowing citizens to make their monthly payments, but only to companies within the country. On the other hand, tourists will not face problems in regards to payments and purchases, since credit cards issued by foreign banks.
The capital controls are expected to disrupt the market. During the first days after their imposition, merchants will seek transactions made exclusively in cash and the prices will be determined depending on the customers’ ability to pay. Also, many stores will not accept credit and debit cards issued by Greek banks.
Furthermore, due to the restrictions, public transport within the city of Athens will be free of charge until Monday, July 6. The Greek Infrastructure Ministry is expected to issue the relevant announcement within the day. However, this decision will not include Thessaloniki, northern Greece and various Greek cities where the transport is operated by private sector companies.