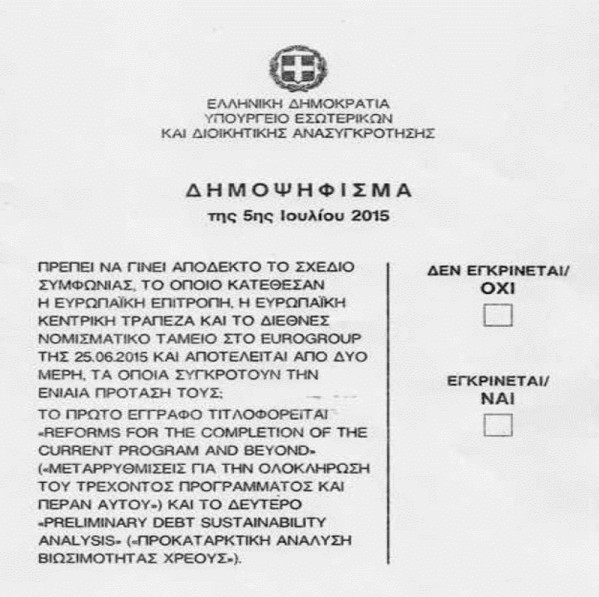 The official Greek referendum ballot was brought to light today, Monday, June 29. The upcoming referendum (July 5) will only require Greek citizens to answer “Yes” or “No” to the government’s question.
There has been a lot of talk over the last few days, regarding what exactly is the government’s question. According to the ballot, Greeks will be asked to decide whether the country should accept the creditors’ reforms proposal.
The question reads: “Should the draft agreement, tabled by the European Commission, the European Central Bank and the International Monetary Fund to the Eurogroup of June 25, 2015, consisting of two parts, be accepted? The first document is titled “Reforms for the completion of the Current Program and Beyond” and the second “Preliminary Debt sustainability analysis.”
Citizens will be called to vote in electoral centers in their place of residence between 7 am and 7 pm, on Sunday July 5, while people who live in different constituencies than the one they are registered in will also be able to vote in electoral centers in their place of residence.