Greek Democracy Is Back 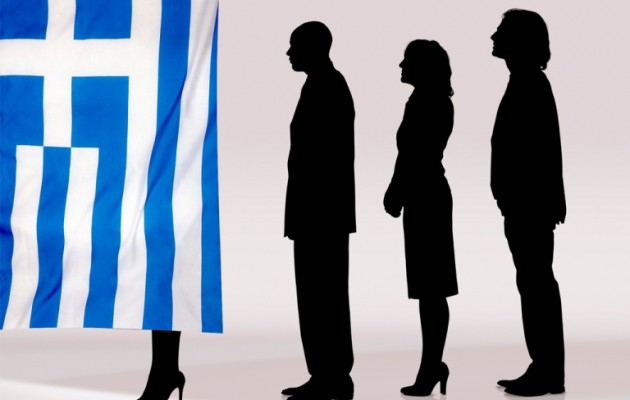 In a true Democracy no government, parliament or president, politicians or political parties have the legitimacy to make constitutional changes to alter the basic fabric of the nation without the overwhelming consent of the people.
Under an ungodly pressure imposed on Greece by the IMF EU-Troika lenders, the Tsipras government has refused their subservient conditions and decided to seek the consent of the people. This indicates that a Revolution of the Mind is underway to give people back the power they have lost due to bad governments of the past. Today, the Greek people have regained their constitutional right to decide what is best for them.
Greek Prime Minister Alexis Tsipras with the approval of the Greek parliament has announced that Greece will hold a Referendum on the 5th of July to determine the fate of Greece.
Eurogroup had offered to release frozen funds held back if Greece accepts and implements their additional austerity demands under a new “Mnimonio.” Those conditions border on blackmail and the Tsipras government rejected them by recognizing the importance of going to the people. Obviously the opposition was quick to condemn the introduction of direct democracy.
This is a victory for common sense and democracy. The Greek people would decide on “YES or NO” to either accept IMF EU-Troika’s new austerity measures or reject them.
The proposed new measures are aimed at not only destroying Greece as a nation, but also at destroying its defence capabilities. Mr. Kamenos, the defence minster was infuriated at Eurogroup’s demands to cut Greece’s defence budget by 300 million Euros leaving Greece vulnerable to Turkey’s military provocations. In parliament – and in near tears – he stated that if such cuts were made, “no plane would be able to fly in defense of the nation.”
It seems that the Eurogroup has a hidden agenda to oust the Tsipras government that threatens its cozy co-existence in fear that other nations may follow suit. Today, they treat Greece not as an equal EU partner, but as a thorn in their side and want to crush it. Public statements by IMF EU-Troika masterminds certainly point in that direction.
The Eurogroup’s failed austerity program did not work for Greece and neither for Cyprus, Spain, Ireland or Portugal. The hardship and unemployment those people are experiencing are quite obvious contrary to government spin. Ask the citizens of those countries and they will tell you how badly they have been affected by Troika’s failed policies. Reducing a nation to utter poverty is not the answer to economic growth but rather an act of criminality and should be treated as such.
The Greek government is well justified in not accepting the Eurogroup’s humiliating demands, which for certain would reduce the nation deeper into chaos. Meanwhile, in Cyprus an obsessive Europhile government does not disapprove of the Eurogroup’s treatment of Greece, instead, it keeps making half-baked spin statements on the conviction that EU is a panacea and can never do wrong.
Tsipra’s government decision to hold a referendum took everyone by surprise and has infuriated the opposition, which considers Referenda anathema to their cliquey political relationship; a relationship that may now be in serious jeopardy.
If the Greek people reject Troika’s bailout conditions, Greece would most likely also drop the Euro currency and bring back the drachma. Such a decision would certainly cause a tsunami not only across Europe and Cyprus, but would also cause serious ripples to the stability of the entire financial system worldwide. That is precisely what the IMF – Eurogroup are afraid of; an economic instability which would reduce profits and hardly care about peoples’ well being.
Unavoidably, whatever happens in Greece would also affect Cyprus and it’s no wonder the Anastasiades government and his political party condemns Greece’s decision to reject Eurogroup’s demands. In fact the president — especially his conservative financed minster — have both behaved appallingly towards Greece. On the sly, they have supported the Eurogroup’s dictatorial stand against Greece in fear they may be next to face the wrath of the people – a scenario that cannot be discounted.
The next few days will prove critical for the national survival of Greece. It will determine if Greece is to remain a nation free from EU shackles or to allow the Eurogroup govern the nation as it sees fit.
Serious choices indeed but in the end, only the Greek people can decide their fate and not inglorious politicians — unlike Cyprus where people have so far failed to demand their rights.
The Greek government has decided to challenge Eurogroup’s economic and social colonization of the nation and is now fighting for its national survival while in Cyprus, the Anastasiades government has chosen subservience to international bankers………quite a difference.