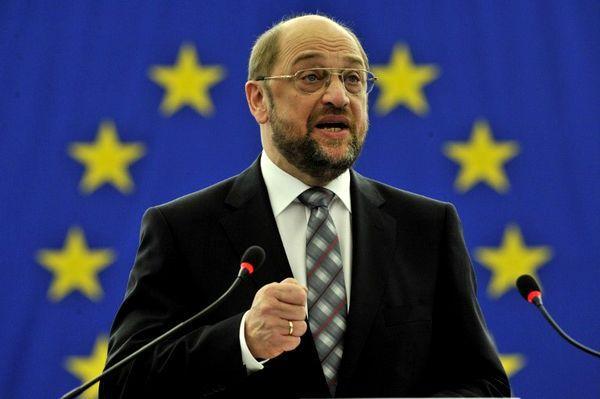 Syriza’s call for a July referendum has revealed strong divisions within the Socialists & Democrats group.
Until now, the European People’s Party has been the most opposed to the Syriza-led government, holding it responsible for the bailout deadlock.
European Parliament President Martin Schulz has also been critical of the Greek government, but it seems his views are not also shared by his like-minded colleagues in S&D.
“We deeply regret that Greek Prime Minister Tsipras has led his country and his people into this dramatic situation. The behaviour of the Greek Government has been irresponsible during the whole negotiation process. The fact that no agreement could be found is its sole responsibility,” said yesterday (28 June) EPP’s leader, Manfred Weber.
Schulz also strongly criticized the Greek premier, saying that Alexis Tsipras was leading Greek people into a deep crisis, and that he never actually wanted an agreement between Athens and its international creditors.
Speaking on Sunday (28 June) to German state broadcaster ZDF, Schulz said that even democratic practices like a referendum could become subject to political exploitation and a possible “no” did not exempt the Greek government from its responsibilities.
The German politician also emphasised that the creditors’ proposal on 25 June was not an ultimatum to the Greek government, and said that along with Commission President Jean-Claude Juncker, he would launch a “Yes campaign” for the Greek referendum.
In the meantime, S&D Group president Gianni Pittella has been a strong supporter of the Greek premier, Alexis Tsipras, ruling out any scenario of a possible Grexit.
“Any hypothesis of Grexit has to be seen as unacceptable. Europe is strong as long as it acts and speaks as one”, he underlined in an interview with EurActiv Greece before the Greek national elections in January.
In a press release published on 27 June, the Italian Socialist said that it was not time to further punish the Greek people and that S&D was not afraid of the Greek referendum.
“Everything must be done to keep the financial flows inside the country. Confronted with an unprecedented situation, Greek people must be offered the chance to choose their future. We are not afraid of any referendum”, he stressed.
On Monday (29 June) sources in Brussels confirm that Pittella has called for an extraordinary summit EU summit, on Greece, while meeting with arliamentary leaders.
“Responsibility for finding the solution to the Greek case must be taken at the European institutions’ highest level, i.e. by the Heads of State and Government,” said S&D Group vice president, Maria João Rodrigues.
A high level source from the S&D group confirmed to EurActiv Greece today (29 June) that there was an obvious conflict between Schulz and Pittella.
This has not been raised, though, due to the stance of the Greek national delegation.
(source: euractiv)