No Room for 'Vindictiveness' in Politics, 'To Potami' Replies to New Democracy 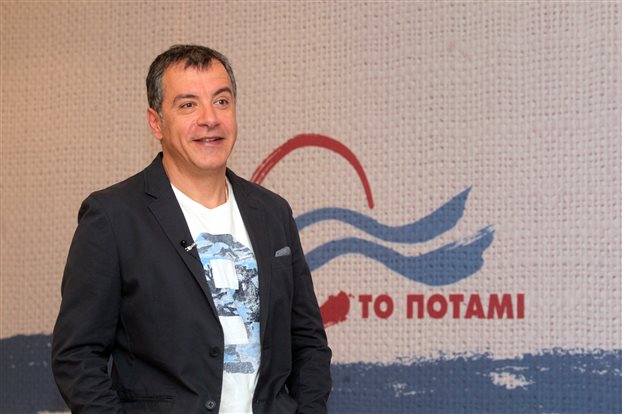 Greek opposition “To Potami” leader Stavros Theodorakis adopted a critical position on Thursday to a proposal for a “national unity” government put forward by main opposition New Democracy leader Antonis Samaras.
“A vindictive spirit has no place in political life, especially at this crucial time,” Theodorakis said in response to Samaras’ proposal for an “ecumenical” government, in which neither Greek Prime Minister Alexis Tsipras nor Samaras himself would participate in order to clinch an agreement.
“Alexis Tsipras has a fresh mandate from the Greek people. The issue is that he should himself decide now that the time has come to do politics realistically for the benefit of the many and not to benefit his party,” Theodorakis said.
He also commented on the difficulties in negotiations with Greece’s creditors shortly before ending his trip to Brussels, stressing that “logic must prevail and not the extreme voices within and outside the country. Greece needs Europe but Europe also needs the Greeks,” he said.
(source: ana-mpa)