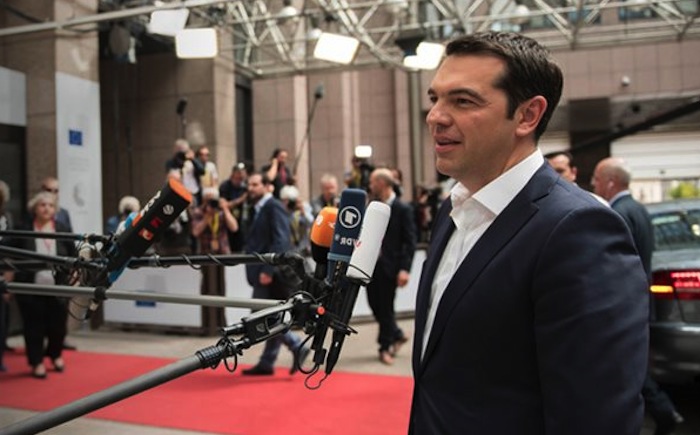 Greece has rejected creditors’ bailout extension proposal, say gov’t sources. In a brief statement from Brussels on Friday, Greek Prime Minister Alexis Tsipras stressed that the European Union’s founding principles were not based on blackmail and ultimatums. He said his government will “continue to fight on behalf of the European people, and of course the Greek people.”
“The European Union’s founding principles were democracy, solidarity, equality and mutual respect. These principles were not based on blackmails and ultimatums. And especially in these crucial times, no one has the right to put in danger these principles. The Greek government will continue decisively to give the fight in favor of these principles, will continue to give the fight on behalf of the European people and, of course on behalf of the Greek people,” he said.
Tsipras is expected to return to Athens on Friday evening after the Eurozone summit and hold an emergency cabinet meeting to discuss negotiation developments and Saturday’s critical Eurogroup session. Tsipras asked that all ministers be present, even Foreign Affairs Minister Nikos Kotzias who has to return from Montenegro where he was on an official visit.
Greek sources in Brussels: Institutions’ proposal ‘worse than memorandum’
The document of proposals presented to the Greek side by the institutions is worse than a memorandum, well-informed Greek sources in Brussels said on Friday.
They denounced the approach employed as “unacceptable” and stressed that Europe is based on the values of democracy and solidarity.
The institutions on Friday proposed to Greece a five month extension of the current program (until end of November 2015), during which a total of 15.5 billion euros of financial support would be provided, according to a European source in Brussels.
(source: ana-mpa)