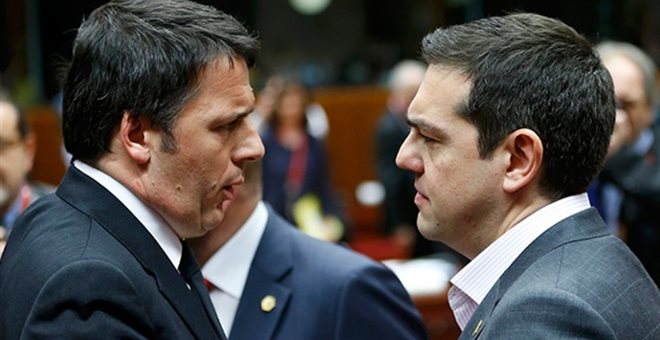 There are countries within the Eurozone pushing for Greece’s exit from the monetary union, warned Italian Prime Minister Matteo Renzi, admitting that Greece’s partners want the Grexit to happen.
Greek people and the Greek government need to know that there is a lot of pressure to follow the public opinion, especially in some countries, to use this window as an opportunity to settle the differences with Greece and put an end to its presence in the Eurozone, said Matteo Renzi, speaking at the Italian Senate before the critical meeting on Wednesday, June 24.
The Italian leader even hinted that not only West European EU members, but also Eastern European countries are pushing for Greece’s exit from the Eurozone. As he noted, he was not only referring to the older EU members, but also to countries that joined the union later.
The Italian leader assured however that most institutional and political leaders within the EU are prepared to “do everything in the power” in order to help Greece. He noted, however, that Athens also needs to make an effort and to commit to implementing significant economic reforms.
Finally, Renzi stressed that the deadline for reaching an agreement between Greece and its creditors ends in late June.