Greek PM Tsipras: 'Don't Underestimate the Point a Nation Can Reach when Humiliated' 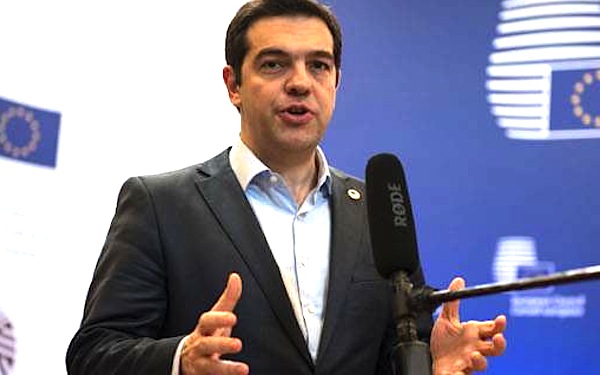 Greek Prime Minister Alexis Tsipras had an intense dialog with European Council President Donald Tusk during the Euro Summit in Brussels on Thursday, government sources said.
“Unfortunately, the institutions’ proposals reflect the most extreme positions expressed by the IMF. The text does not differ at all from the previous program,” Tsipras told Tusk, according to the sources.
He also told him “not to underestimate the point to which a nation can reach when humiliated.”
The same sources said that Tusk told Tsipras that the “game is over,” to which the Greek PM replied: “Greece has 1.5 million unemployed, 3 million poor and thousands of families that live with no income, solely on their grandparents’ pension. This is not a game.”
He also noted that his government has tabled proposals and added: “I am determined to make reforms in pensions, abolish early retirement, unite funds,” which would start in October.
Then he said: “Following our proposal, the historian of the future will not understand why we did not come to an agreement.”
(source: ana-mpa)