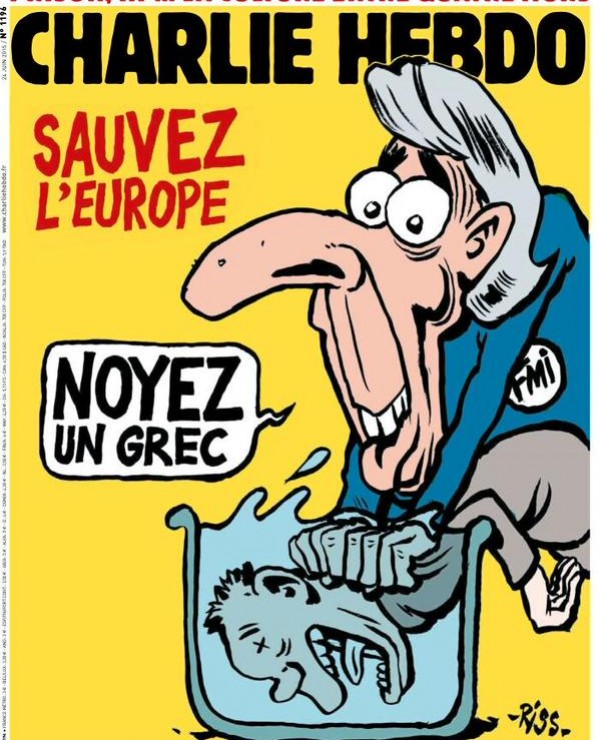 Charlie Hebdo, the French magazine that became widely known after the jihadist attack in its offices at the beginning of the year and the mayhem that followed, has targeted Greece’s European partners, criticizing the management of the Greek crisis.
The magazine’s cover pays tribute to the Greek issue and the IMF’s role in the situation. “Save Europe… Drown a Greek,” reads the front page title. However, as always, Charlie Hebdo’s front page sketch is what catches the audience’s eye.
The cartoonists decided to give Christine Lagarde, IMF director and former French Finance Minister with the Sarkozy government, a starring role on their cover.
In the most targeted manner the magazine reflects the International Monetary Fund’s role in solving the Greek problem, openly taking Greece’s side. The magazine depicts the distress that France is experiencing and the European Union’s attitude towards the crisis, with a sketch of Christine Lagarde who is drowning a man – a Greek man- in a bucket of water.