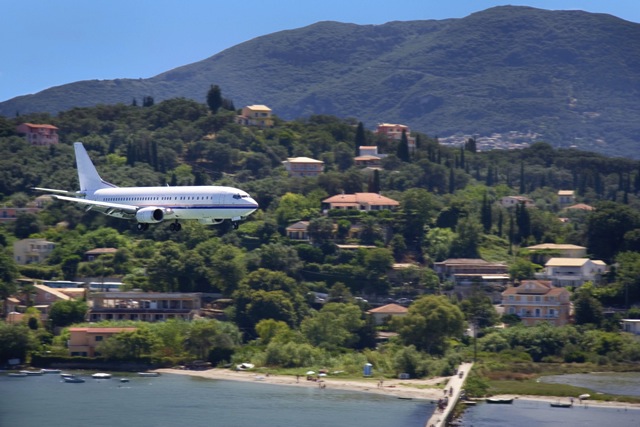 The number of charter flights to six regional airports in Greece has dropped by 2%, according to Greek Travel Pages (GTP) quoting a report released by the Hellenic Civil Aviation Authority (HCAA).
The local airports of Rhodes, Chania, Heraklion, Thessaloniki, Corfu and Kos saw the total number of incoming flights dropping in May from 14,240 to 13,330, which the report said is due to fewer charter flights. More specifically, Rhodes reported 2,746 flights in May from 2,923 during the same month last year, Chania 1,456 from 1,647, Heraklion 3,822 from 4,160, Thessaloniki 2,256 from 2,402, and Kos 1,500 from 1,561.
In a statement, the HCAA warned that “the drop in the number of charter flights to regional airports for a second consecutive month, may – under certain conditions – be a warning sign for tourism.” In the meantime, tourism overall – for the time being – seems to be resilient despite the negative media coverage of Greece’s ongoing negotiation process, with Greek airports handling some 12.4 million passengers in the first five months of the year.
The HCAA, which added that traffic during the June-September period will make or break the year, estimated that 48-50 million passengers will go through Greek airports this year, compared to 45 million in 2014.
(source: ANSA)