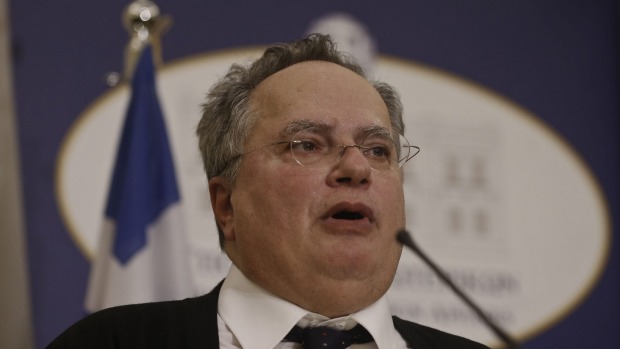 Greek Foreign Minister Nikos Kotzias said on Tuesday there is an imperative need to address health concerns and the care of migrants arriving in Greece, during a meeting of the EU General Affairs Council in Luxembourg that discussed migration; the main subject of the upcoming European Council.
In his remarks, Kotzias described the difficulties Greece is facing due to the unprecedented refugee and migrant flow at a time of deep economic crisis, and identified three key points that need to be taken into consideration.
First, all the tools at the European Union’s disposal should be used, and mainly the readmission processes and agreements with the countries to the southeast of Greece, from Turkey to Pakistan.
Second, there should be a reference to the obligatory nature of internal relocation and resettlement.
Finally, there needs to be a reference to the reception facilities that will operate in accordance with the planning, needs and particularities of the state hosting the refugees, and not on the model of structured border zones.
(source: ana-mpa)