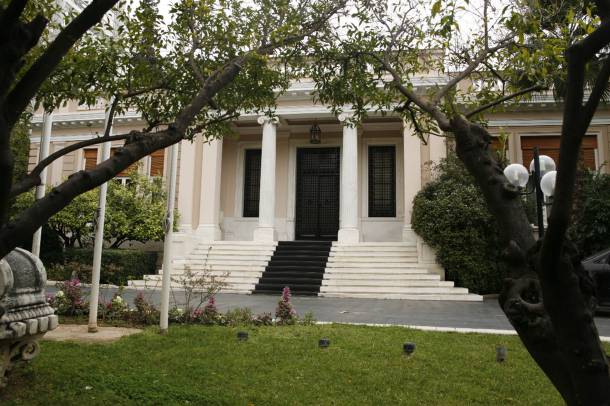 The Greek government sent its new proposal to the European Commission, the European Central Bank (ECB) and the International Monetary Fund (IMF) around 1:00 am on Monday.
The European Commission chief of staff Martin Selmayr confirmed that the new, improved Greek proposal was received a little after 1:00 am on Monday. So did European Commission chief spokesperson Margaritis Schinas, saying that the proposal was sent to the ECB and the IMF as well. “It was a difficult labor, but the proposal is a good basis for today’s talks,” was the Commission’s comment.
Progress is being made towards solving Greece’s debt crisis, France’s Finance Minister Michel Sapin said on Monday, while noting that a solution without the International Monetary Fund (IMF) was not currently possible.
“Reaching an agreement requires that each side evolves. If each side stays in its position, an agreement is not possible,” Michel Sapin told Radio France Internationale. “It is this evolution which is taking place, and I believe that work is taking place and in good conditions.”
Luxembourg’s Foreign Minister Jean Asselborn said on German radio he expected that the leaders of euro zone countries would make progress toward solving the Greek crisis at an emergency summit on Monday.
“There will be a lurch forward,” Jean Asselborn told Germany’s Deutschlandfunk radio.
The new proposal was formulated during the six-hour cabinet meeting led by Prime Minister Alexis Tsipras, who had telephone talks with European Commission President Jean-Claude Juncker, German Chancellor Angela Merkel and French President Francois Hollande during the meeting.
Greek Ministers did not comment on what was discussed during the cabinet meeting and no specifics of the proposal were made public. However, certain cabinet members said that the government’s aim is to close the gap between Athens and creditors in order to secure a deal. Thereby, they said, issues such as the abolition of reduced value added tax that applies to islands of the Aegean, putting a stop to early retirement starting in 2015 and cuts on high pensions are no longer “taboo” issues. In exchange for these concessions, Tsipras wants a clear and concrete commitment from creditors for Greece’s debt restructuring.
However, the abolition of reduced VAT in islands is a subject that created turmoil in the coalition government with junior partner ANEL leader and Defense Minister Panos Kammenos saying that he and his party lawmakers will vote against such measure. Speaking to Greek television on Monday morning, Kammenos said that the issue of reduced VAT in islands is “non-negotiable” for ANEL and any effort to implement full VAT in islands is “casus belli.” “If they want to get rid of ANEL from the coalition government, they can bring that measure to parliament and we will vote against it,” he said.
Cabinet members said there is still a possibility of a rift with Greece’s European partners, without excluding the possibility of a bailout program extension for a few months, if an agreement is not achieved.
The Greek Prime Minister left for Brussels after the cabinet meeting. He is scheduled to meet with European Council President Donald Tusk and then hold meetings with European Commission President Juncker, ECB President Mario Draghi, IMF Managing Director Christine Lagarde and Eurogroup President Jeroen Dijsselbloem. After this meeting there is an emergency Eurogroup session.
In the evening, Tsipras will participate in the crucial emergency Euro Summit to discuss the Greek debt issue.