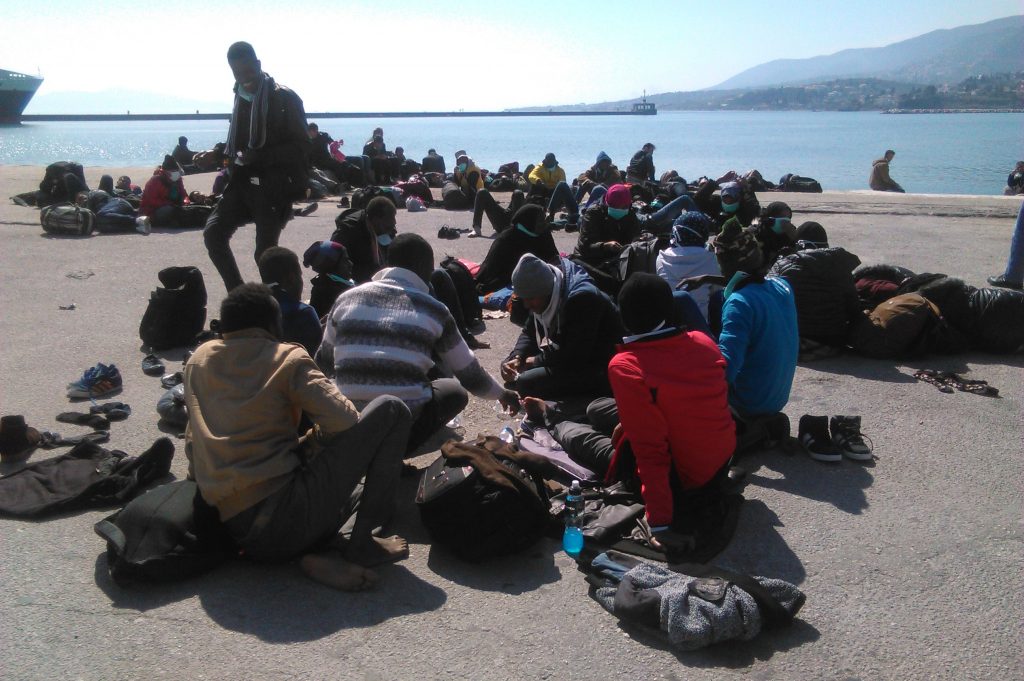 The situation in several islands of the Aegean Sea is out of control as hundreds of refugees and irregular migrants arrive daily from the coasts of Turkey, creating grave problems to local communities.
Refugees from war-torn Syria and irregular migrants from Bangladesh, Afghanistan and Pakistan arrive daily on rickety boats and pile up in inefficiently equipped hospitality centers or police and coast guard stations.
Those who cannot be accommodated, camp out on beaches, fields or even cemeteries, as is the case on the island of Chios. Many search for food while waiting for coast guard boats to carry them to Athens to be processed by immigration authorities.
On the island of Lesbos and the Mytilene port, about 400 migrants arrive daily. They have to walk several kilometers to the two migrant camps in Moria and Kata Tepe. Mytilene Mayor Spyros Galinos said the local authorities were unprepared to receive such large numbers. He talked about bloody fights between migrants from different countries and between them and coast guard officers, leaving several wounded.
On Leros, hundreds of migrants walk around unwashed and full of rashes from bad hygiene conditions. Leros Mayor Michalis Kollias said that the island receives about 100 migrants per day and they have to be there at least two days before their papers are ready to be transferred to Athens. However, there is shortage of staff and the migrants’ stay is prolonged. Kollias also said that there are not enough coast guard boats, so many migrants have to be transferred on commercial liners, thereby posing a problem to the tourists.
On Symi, more than 4,000 migrants have arrived in the past six months. Most of them have found shelter in port buildings and the police station. Mayor of Symi Eleftherios Papakalodoukas said that the coast guard boat commissioned to transfer migrants to Athens is broken down and cannot be used. He also said that the presence of migrants have forced many tourists to leave the island early and seek other holiday destinations. “Tourism is currently hanging on a thread. For us, the presence of migrants discredits the image of the island.”
On Chios, many migrants have camped on a cemetery, getting into fights with the relatives of the dead for desecrating the graves. Others stay in containers or camp out wherever they can. “We receive 100 to 250 migrants daily,” said Chios Mayor Emmanouil Vournous. “We have used municipal funds to create some hospitality facilities for these people,” he added.